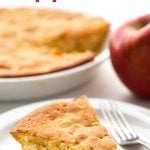 Norwegian Apple Pie is an easy to make apple cake-like dessert with a sweet apple flavor, and no added oil or butter! This apple pie recipe makes two 9″ pies, and is delicious! 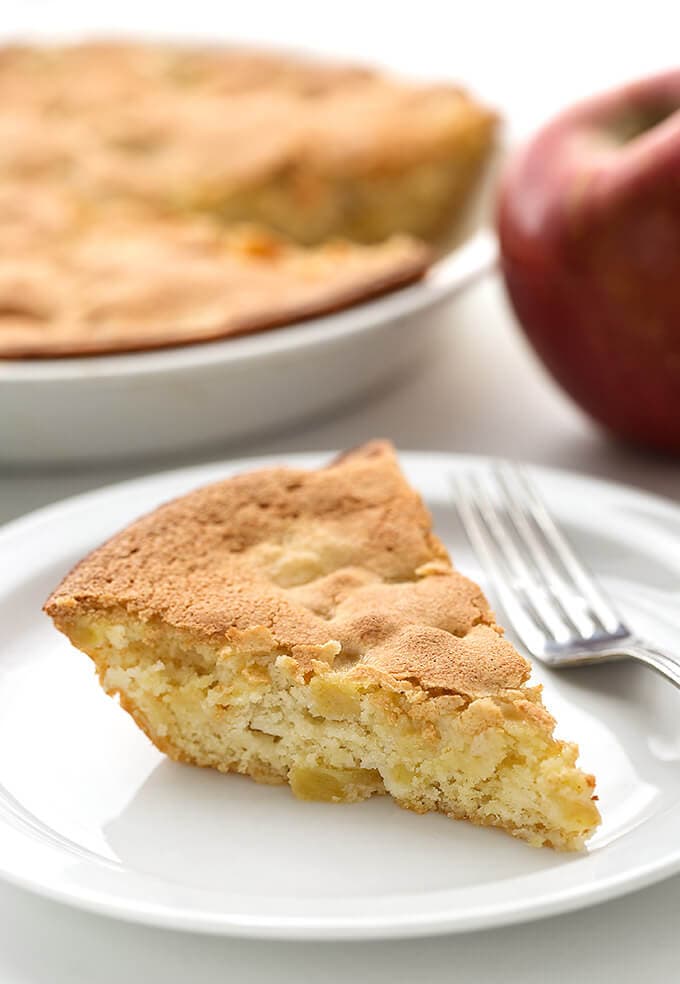 Just a FYI – This post contains a long story about this recipe as it was given to me by someone very special in my life.

Let me tell you about Ruth Anderson. She was the head cook at a retirement home kitchen that I got my first job in when I was 15. Ruth could cook. Lemme tell ya, she had skills.

Her repertoire was limited at the retirement home, but even so, she had some creative freedom, and often cooked her own recipes for those lucky residents! I was lucky too, because I got my meals as a benefit, and took full advantage of that perk!

Ruth taught me a lot about cooking, and we talked all the time. I was her prep cook and her dish washer (MY GOSH did she use a lot of dishes & utensils!). I also set the tables, served, and bussed. I was friends with all of the residents. We were a close-knit bunch!

Ruth told me that her mom used to say “It must have gone up the skimmer handle” when she’d lost something. She had many other colloquialisms she shared with me. Ruth was from Norway originally, and had married a Swede. Lots of fun stories about the family and all of the drama from her marrying a Swedish man (good humored drama)! 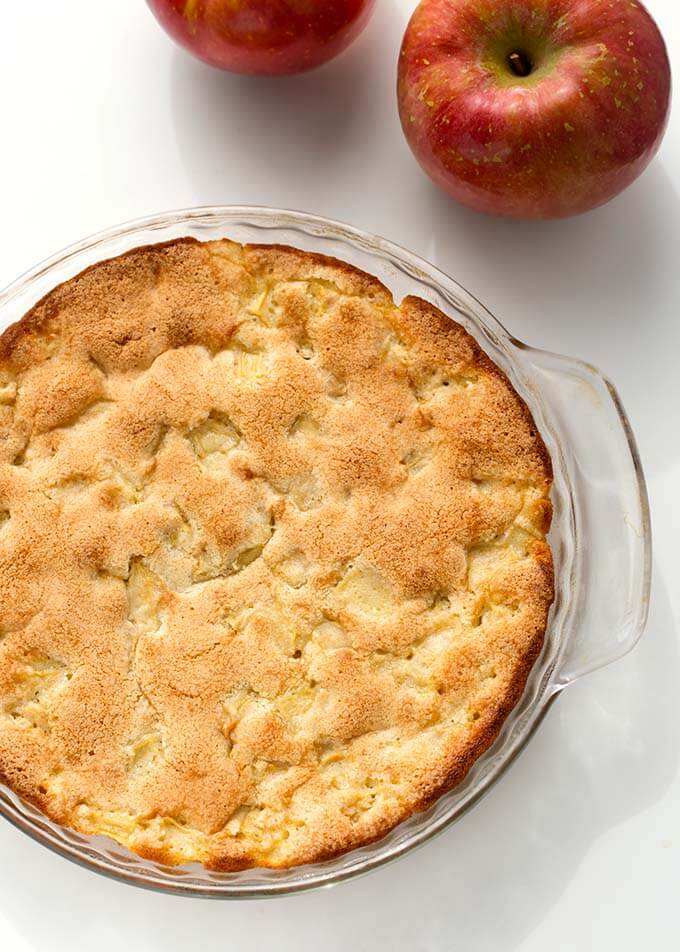 When I met Ruth, she was a widow. One day she told me that she used to go to sleep with her head on her husband’s shoulder every night. That touched my young heart. So when I married Paul I was determined to do the same thing. The ‘Magic Shoulder’ is what he calls it, because I fall right asleep. Who wouldn’t, when you feel all safe and loved!

Norwegian Apple Pie is Ruth’s recipe. I don’t know the history of it, but since it’s Norwegian, as was she, it must have been a family recipe. This pie is actually more like an apple cake, so you will be creating a batter. And it doesn’t have a crust.

Norwegian Apple Pie is very sweet, and has no fat in it, except for what is in the egg yolks (and you could just use the egg whites). No added oil, butter, (except for buttering or spraying the pie dish).

The batter comes together like a dough, of sorts. It looks like all of it should go into one pie pan to cook, but this recipe makes 2 pies, so just go with it!

It rises pretty well and will go right to the top of the pie pan. I hope you enjoy this super simple and different variation of an apple pie! I think of Ruth whenever I make it. 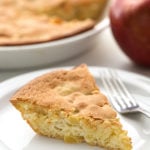 Norwegian Apple Pie is an easy to make apple cake-like dessert with a nice apple flavor, and no fat!

This pie will be lightly crisp on top at first, and will soften up and get more moist the longer it sits. For that reason, we eat it within a day or two as we don't like it to be too moist.

Optional Ingredients: I have never made it with the nuts or raisins option, nor did Ruth when she made it with me. I think it could be very good. Please note that I guessed on the amounts for these options as the recipe didn't state any measurement for them.