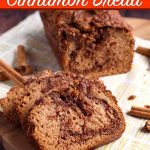 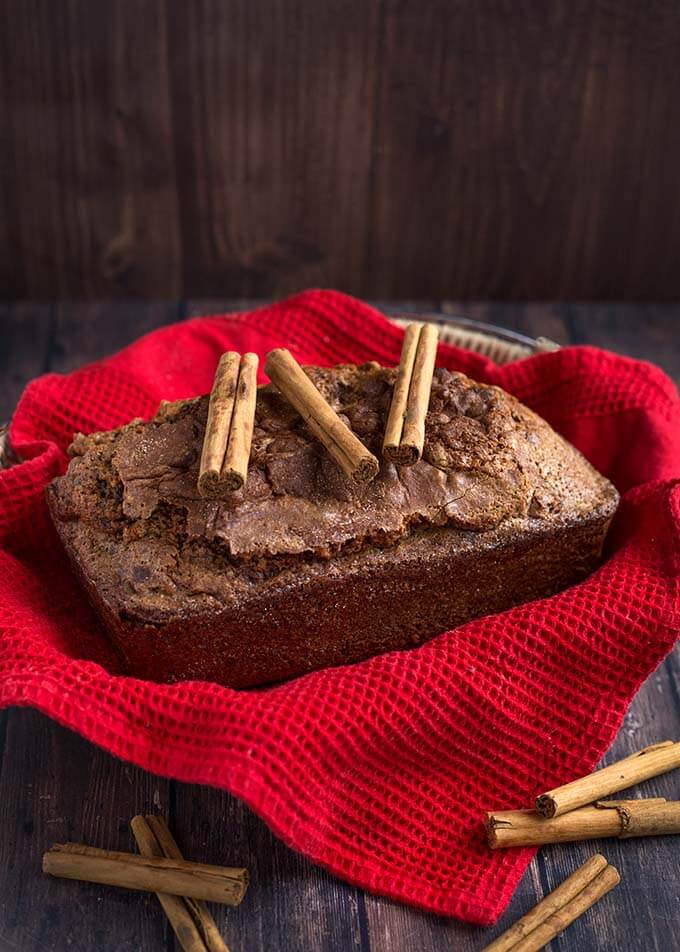 Quick breads are breads without yeast, and no kneading or rising required! There are so many wonderful flavors of these breads that you are sure to find a favorite recipe that you will make over and over again!

The formula for making a quick bread is pretty universal: wet ingredients, dry ingredients, a 9″x5″ loaf pan, and a 350° oven. What makes them unique is the added flavorful ingredients that you mix in. Everything from bananas, zucchini, beer, cheese, and in this recipe, lots of warm, yummy cinnamon! 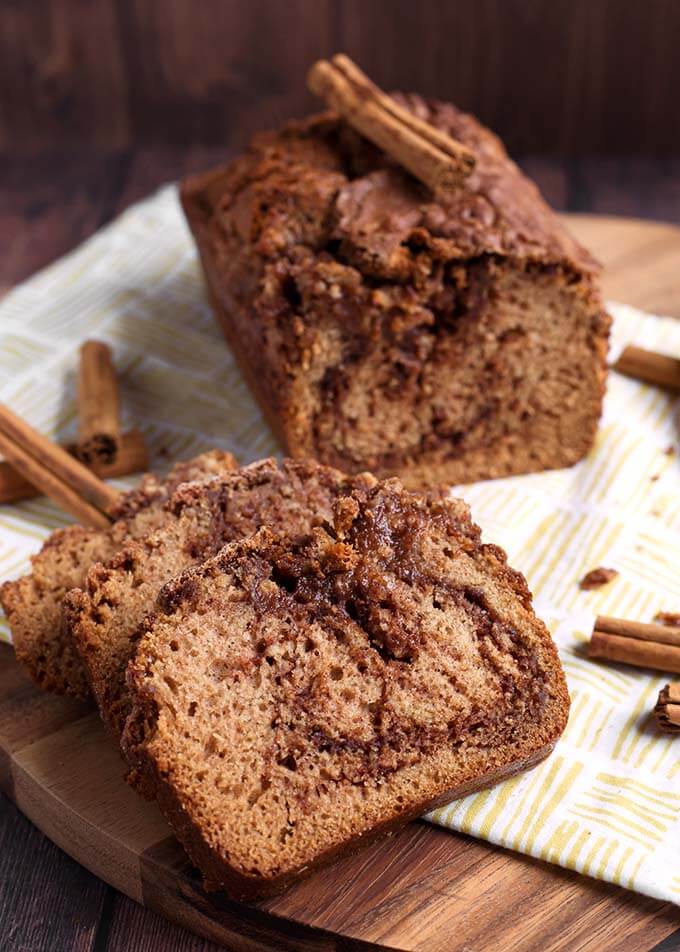 As a kid I liked nothing better than being with my Nana and watching her cook or sew. She was the best! When Nana made her Easy Cinnamon Bread, she always gave me a warm slice with plenty of butter on it, and a glass of cold, fresh milk. Yum! 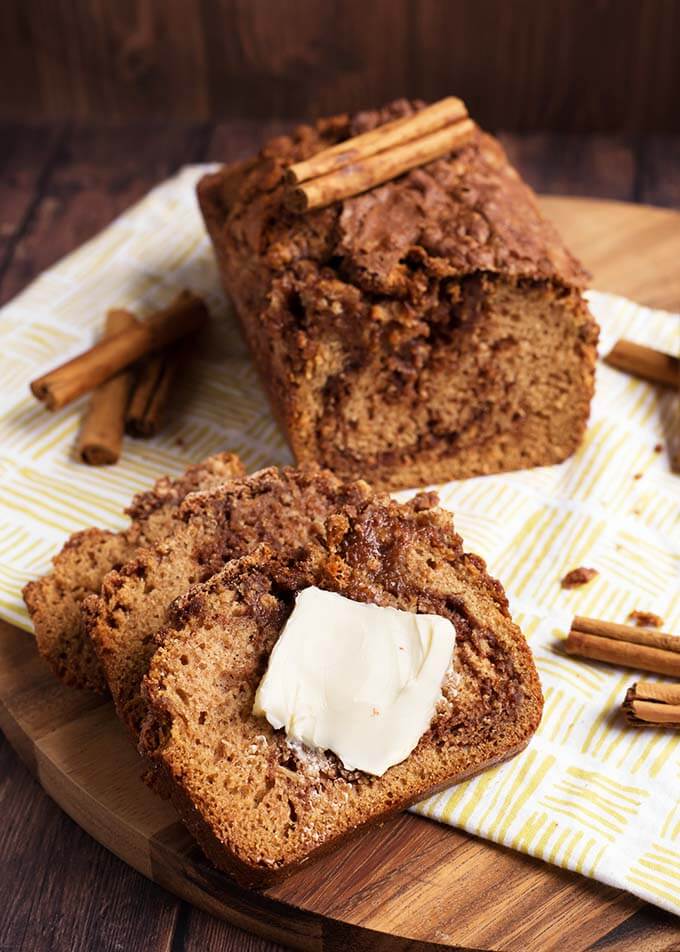 This recipe is pretty forgiving. Usually, when you are making a quick bread, you add the dry ingredients to the wet, and just barely stir until they are moistened. You never want to over mix these batters.

With this recipe, there is a cup of buttermilk that you also add to the wet ingredients. It’s going to need a little more stirring to get all incorporated with the dry and wet, but don’t worry, this bread has come out perfect every time for me! I’m sure it will for you, too! 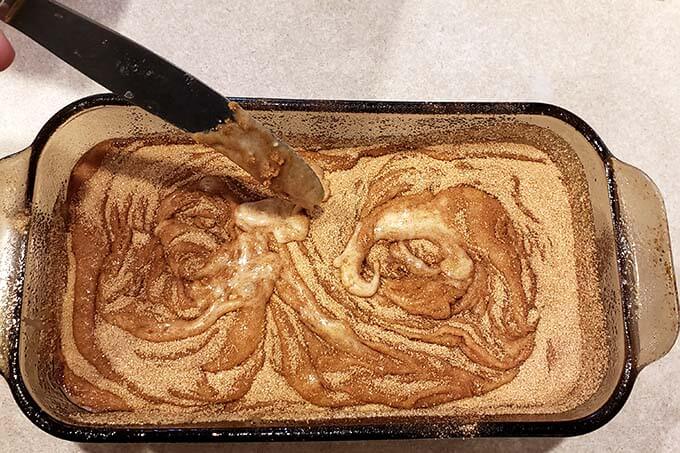 After that, just grab a butter knife and stick it in the batter and swirl it. You don’t want to mix it up too much, but this method makes a river of cinnamon sugar throughout the bread. That part is my favorite because it is nice and sweet! 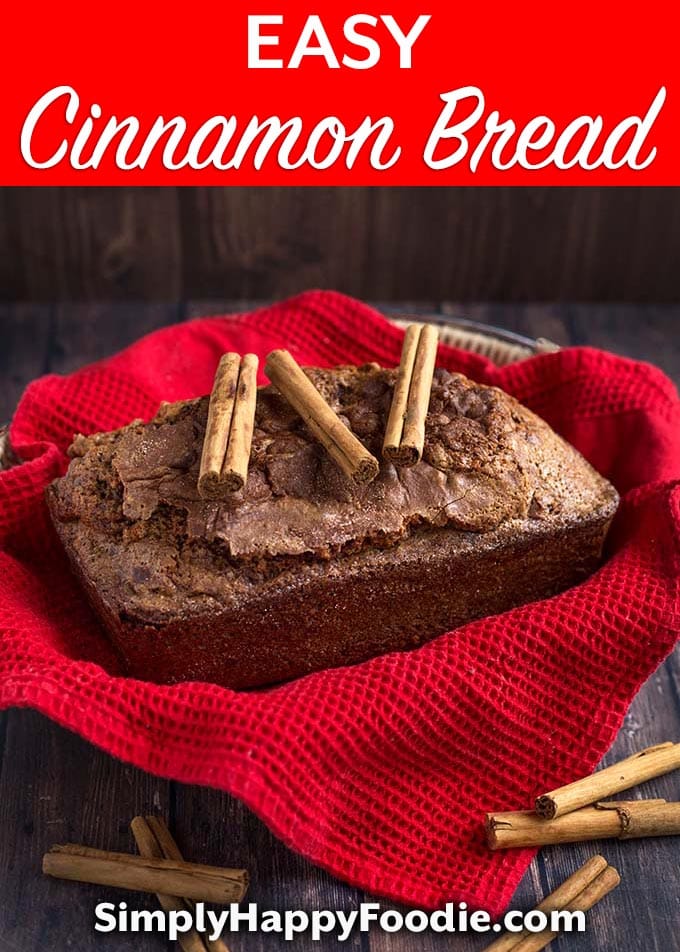 We especially enjoy this cinnamon bread around the Holidays. Fall is when I start baking in earnest, and I love everything about it! No Holiday season would be complete without Nana’s Easy Cinnamon Bread making the house smell wonderful! 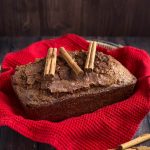 Nana's Easy Cinnamon Bread is a lovely quick bread that uses simple ingredients and warm cinnamon to flavor it. This Cinnamon Bread recipe is an old one from my Nana!

I’m Sandy - foodie with a passion for cooking and sharing my tasty recipes. My hubby Paul, our Pug Gizmo, and I live in Washington. When I'm not cooking, you'll find me reading a good book.

Copyrighted Content
This website and its contents are the copyright of Simply Happy Foodie LLC – © 2016-2019.  All rights reserved.