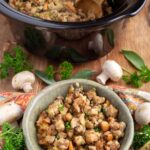 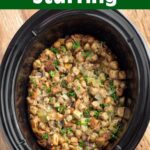 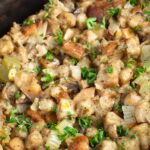 Easy Slow Cooker Stuffing is a great way to make your Thanksgiving dressing recipe without needing your oven. This crockpot stuffing recipe is full of flavor and is delicious. This is also called Slow Cooker Dressing (same thing!).

Crockpot stuffing comes out moist and flavorful. Plus there are so many optional add-ins to make it just how you like it!

If your Thanksgiving side dishes are competing for space in your oven, this crockpot stuffing recipe is a good option for you.

I don’t know of too many people who actually stuff their turkeys with dressing these days (it can slow down turkey cook time and doesn’t always reach a safe temperature). 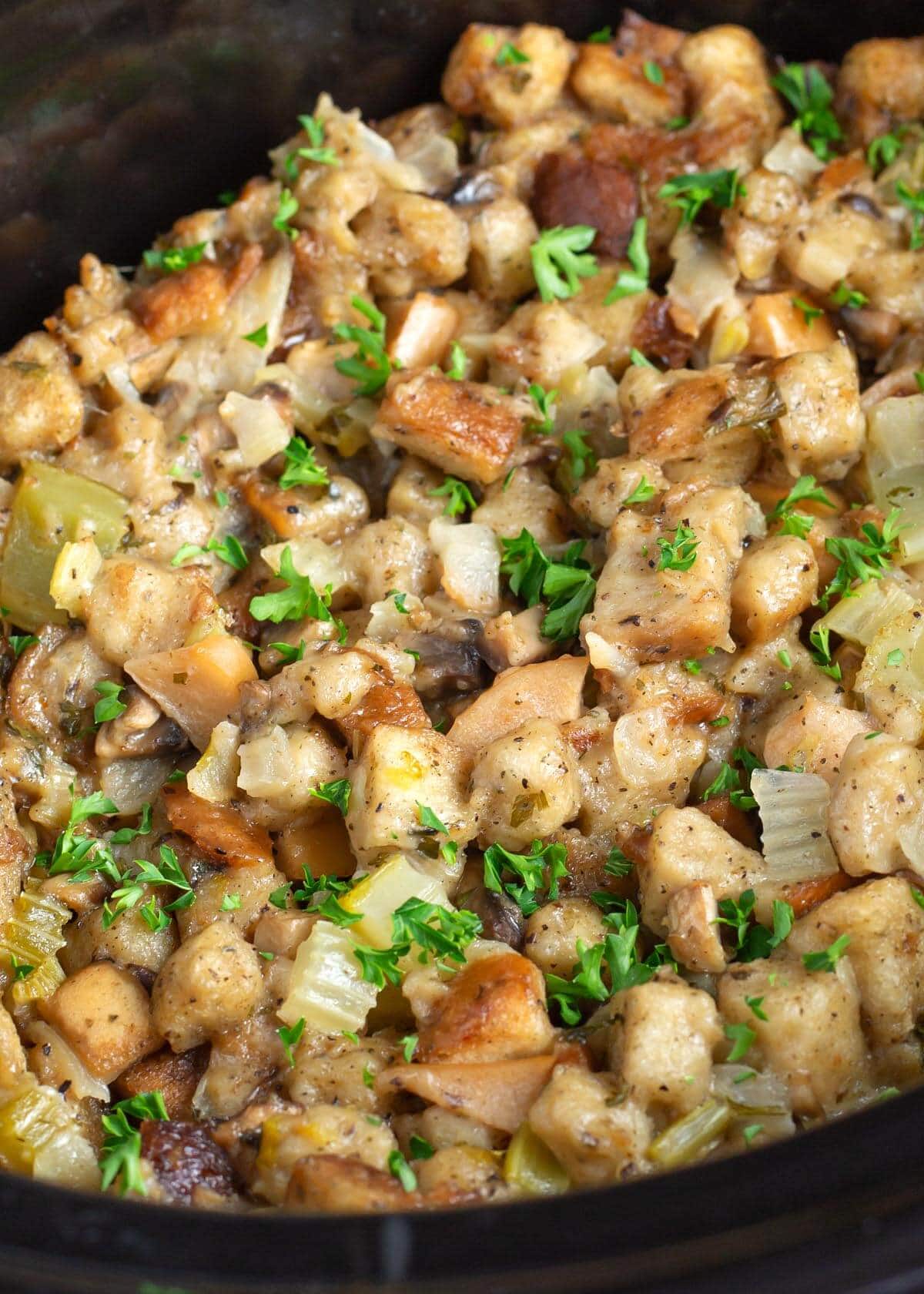 So if you are one of the many who choose to cook their stuffing recipe outside of the turkey, grab your slow cooker!

Sauté onion and celery in butter until softened. Add the seasonings.

Add the broth and mushrooms, then cook until mushrooms are softened.

Add stuffing mix to a large bowl. Then add the minced parsley.

Add the chopped apple to the breadcrumbs, then add the onion mixture and mix well.

Push the stuffing to the side and add the egg to the bowl. Then whisk it and mix into the stuffing mixture well.

After the stuffing mixture is mixed, spray the crock with cooking spray.

Transfer the stuffing to the crock and smooth it out (but don’t pack it down). Cook and stir once halfway through.

There are so many ways to jazz up your stuffing. Here are some delicious additions:
• Cooked Sausage
• Crumbled Bacon
• Dried Cranberries
• Dried Fruit
• Cooked Giblets
• Chopped Nuts 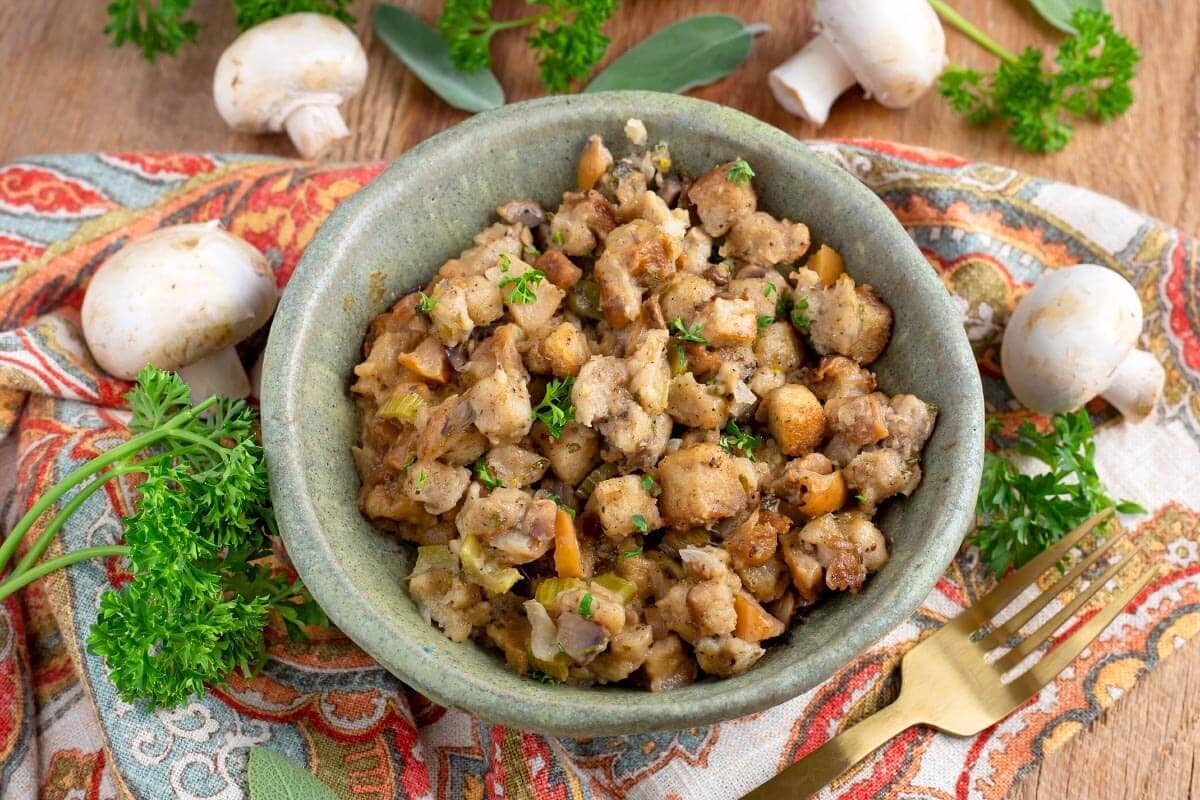 Ways to Use Leftover Stuffing 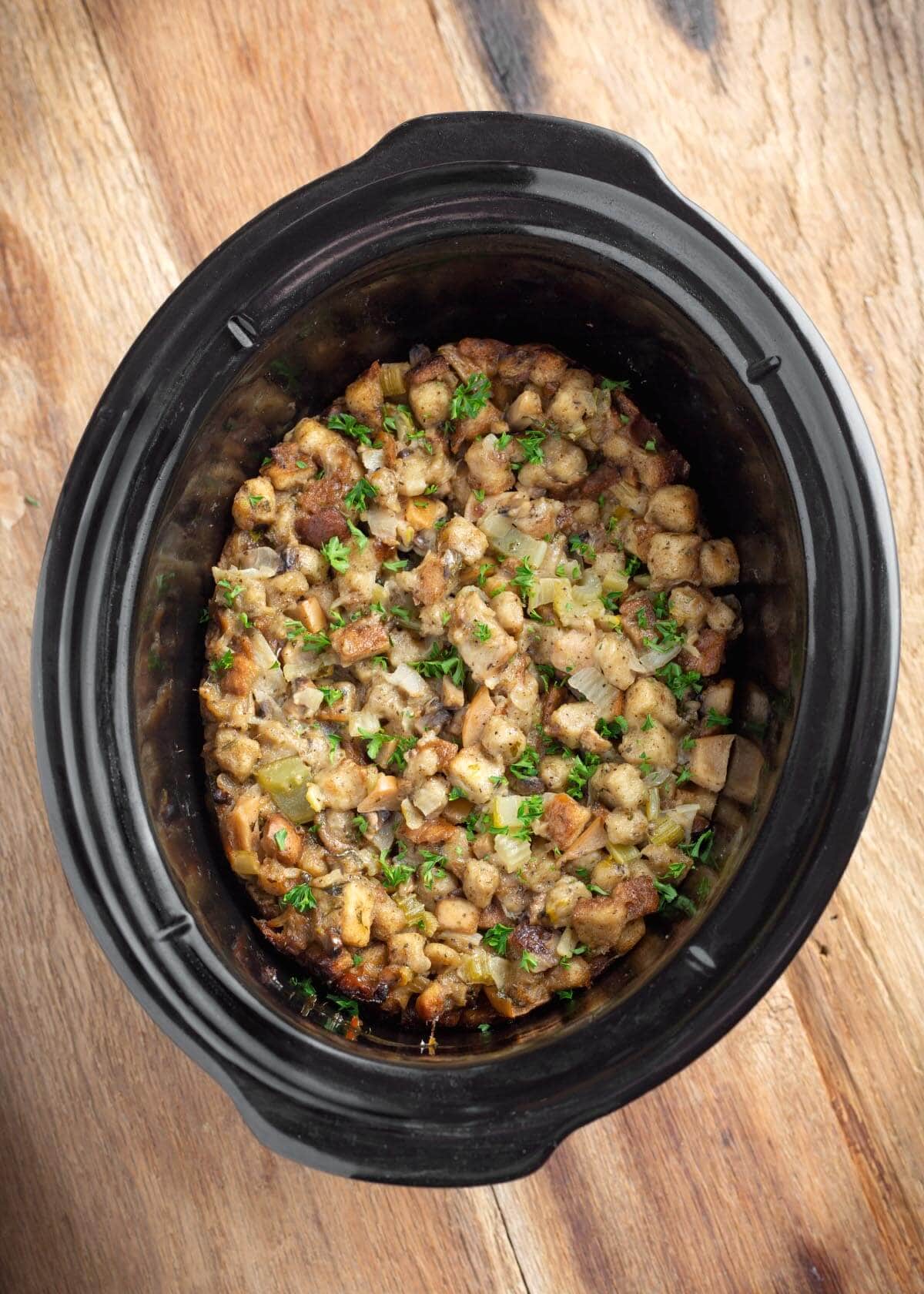 If you make this tasty crockpot stuffing recipe please let me know. Just leave a comment below with a star rating. I’d like to know how you liked it! 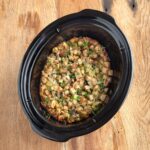 Easy Slow Cooker Stuffing is a great way to make your Thanksgiving dressing recipe without using your oven. Crockpot stuffing recipe is full of flavor.

Resources to Make this Thanksgiving Dressing Recipe and More