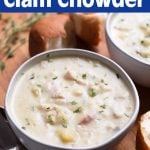 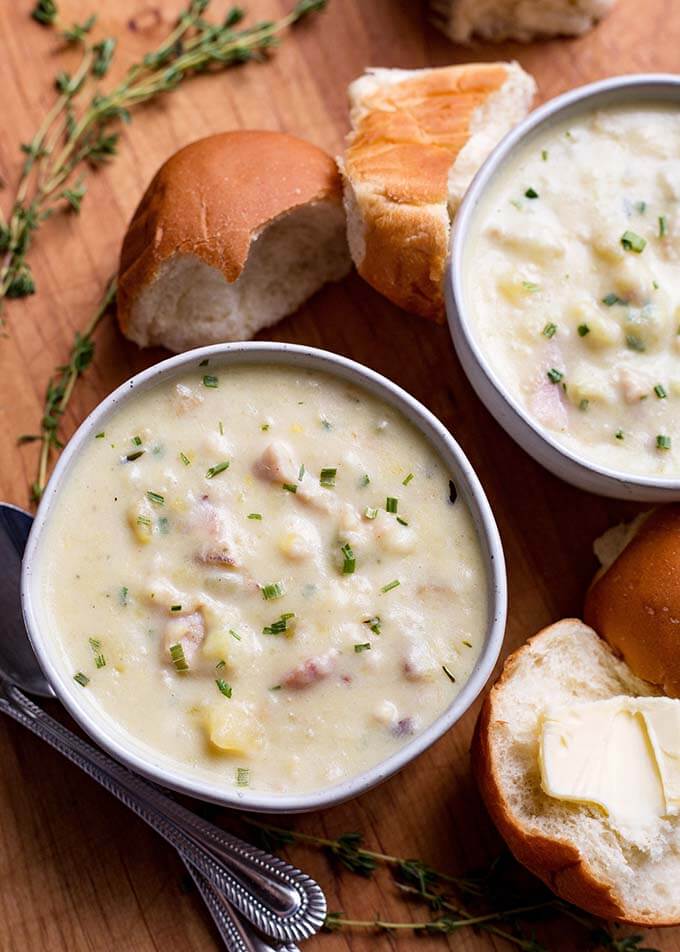 I grew up in Seattle, the place where Ivar’s Acres of Clams was a big deal! If you have ever had the pleasure of strolling along the waterfront in Seattle, you would have seen Ivar’s Clam Bar. They serve up yummy deep fried clams, as well as fish and chips, salmon and chips, clam chowder, and more. I have memories of that place and their clam chowder as far back as… Well, pretty far back! We still like to go there.

This Instant Pot Clam Chowder recipe is one of my most popular recipes.

Many people in states along any coast will have their own recipe for clam chowder. Some are really loaded with stuff, while others are simpler. My Instant Pot Clam Chowder leans towards the simpler, but it has great flavor! My mom made a version very similar, and my recipe is based on hers that we ate growing up. 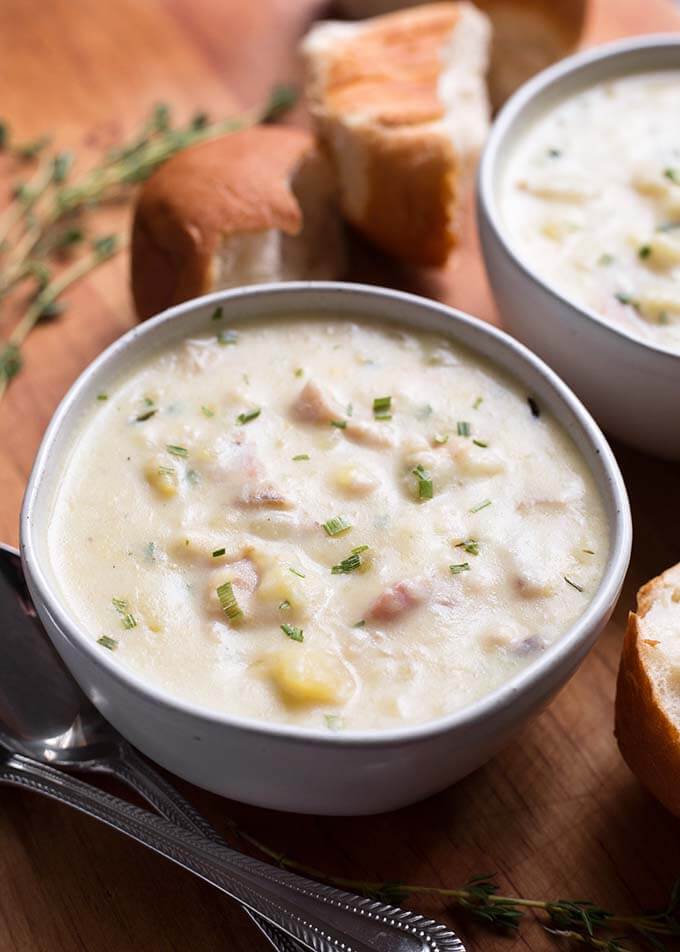 This pressure cooker clam chowder recipe has a nice amount of clams in it. If you are a clam super fan, go ahead and add in an extra can! This recipe also doubles nicely. Just keep the cook time the same.

The feedback on this recipe has been awesome! I appreciate everyone who has taken the time to let me know that they love my Instant Pot Clam Chowder recipe! Pin this recipe on Pinterest and share the love! 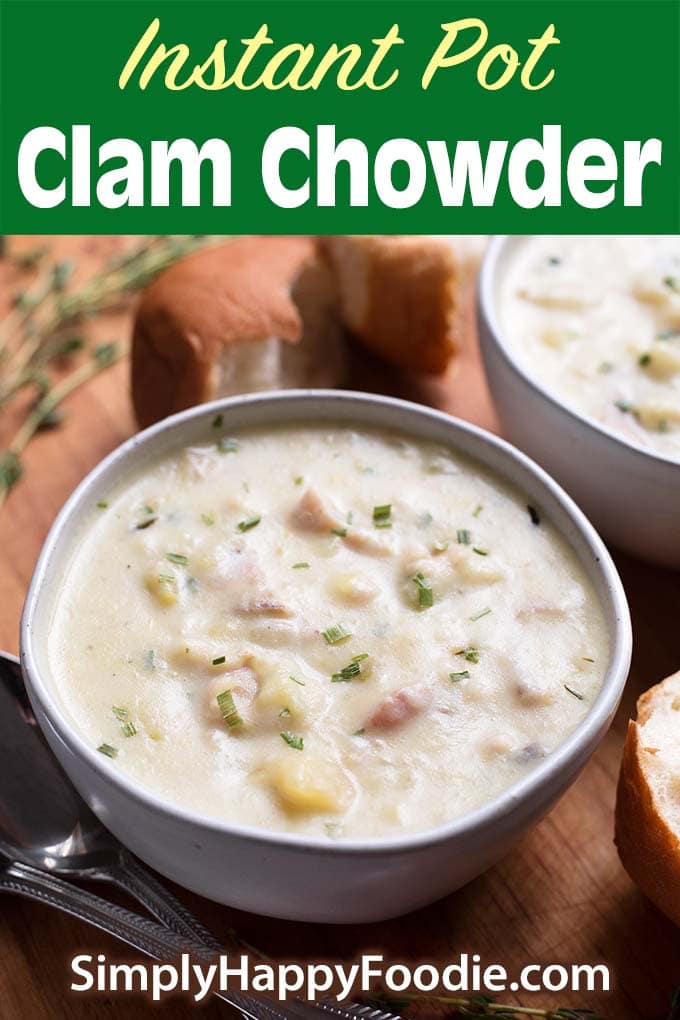 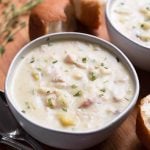 Instant Pot Clam Chowder is a classic New England style clam chowder. It is tasty, comforting and warming on these wintry days, and it’s easy to make in your electric pressure cooker!

*An alternative to the canned clams is 1 lb of frozen clams and a bottle of clam juice.