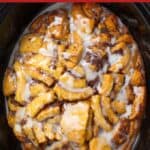 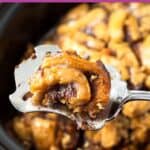 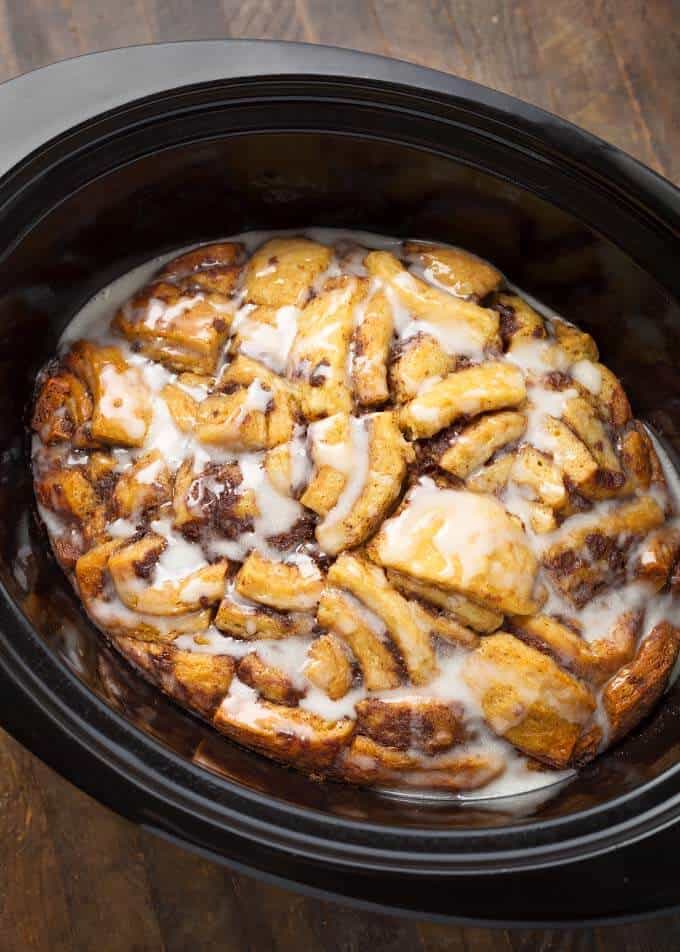 If you never thought to make a breakfast or dessert in your slow cooker, this is a great first recipe to try. It is kind of like French toast, made with cinnamon rolls!

This Cinnamon Roll Casserole recipe is like a “supermarket shortcut” as it uses 2 tubes of refrigerated cinnamon rolls (with icing).

The steps to make this Crock Pot Cinnamon Roll Casserole are simple: 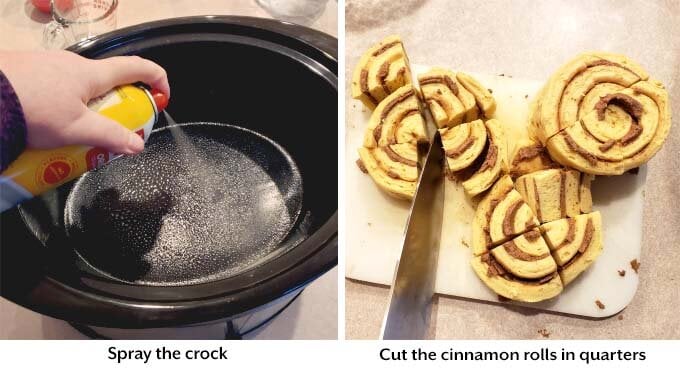 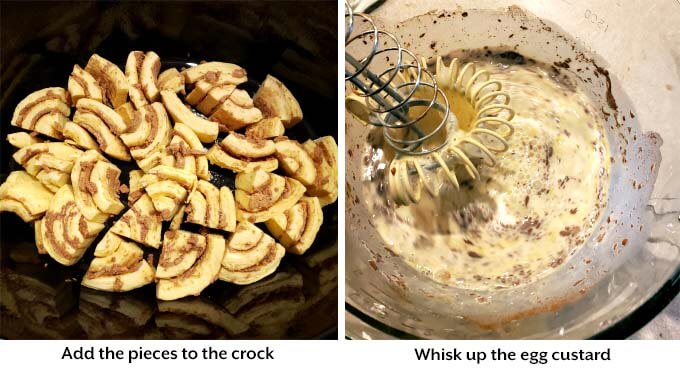 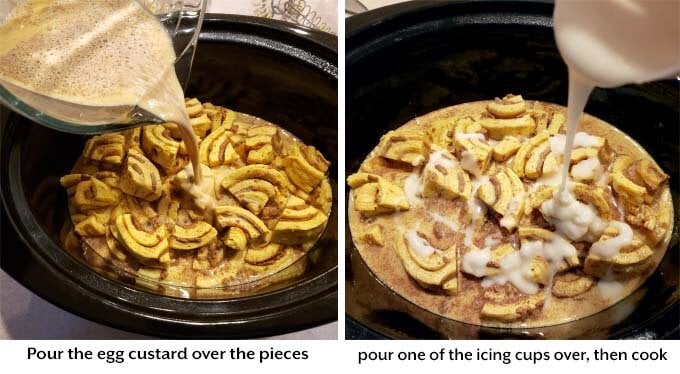 Pour the remaining icing over the warm cinnamon roll casserole before serving. Yum! 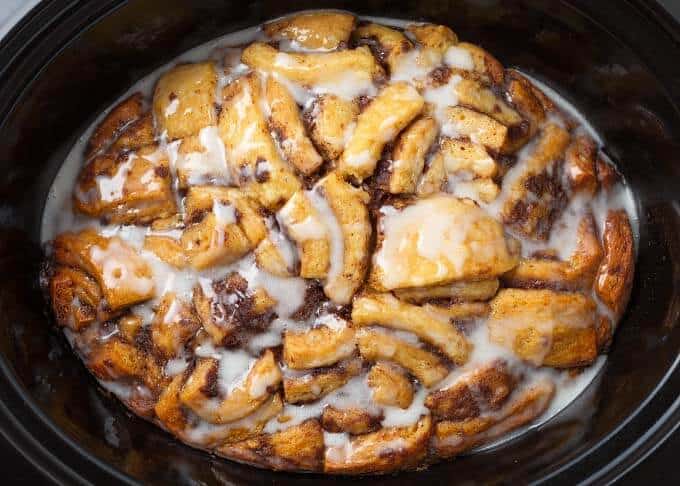 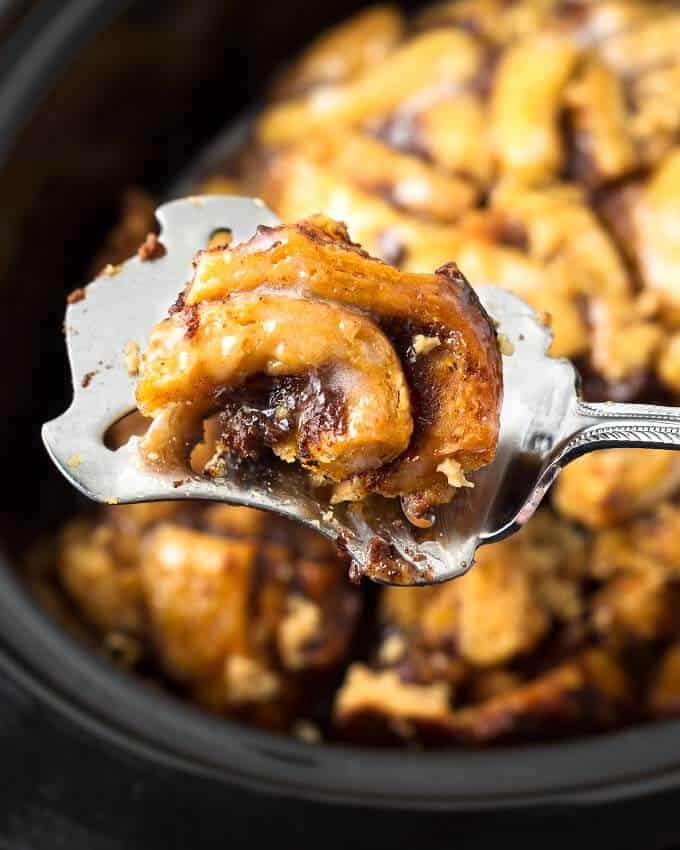 • You can pour some warm maple syrup over the casserole.
• Serve cinnamon roll casserole with a scoop of vanilla ice cream.
• Top each serving with a dollop of whipped cream.
• Sprinkle with some powdered sugar.

This slow cooker Cinnamon Roll Casserole is a great recipe for kids to help make. Kids love helping in the kitchen!

If you make this yummy crock pot cinnamon roll casserole recipe, please leave a comment and a star rating below. I’d like to know how you liked it! 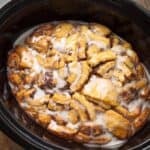 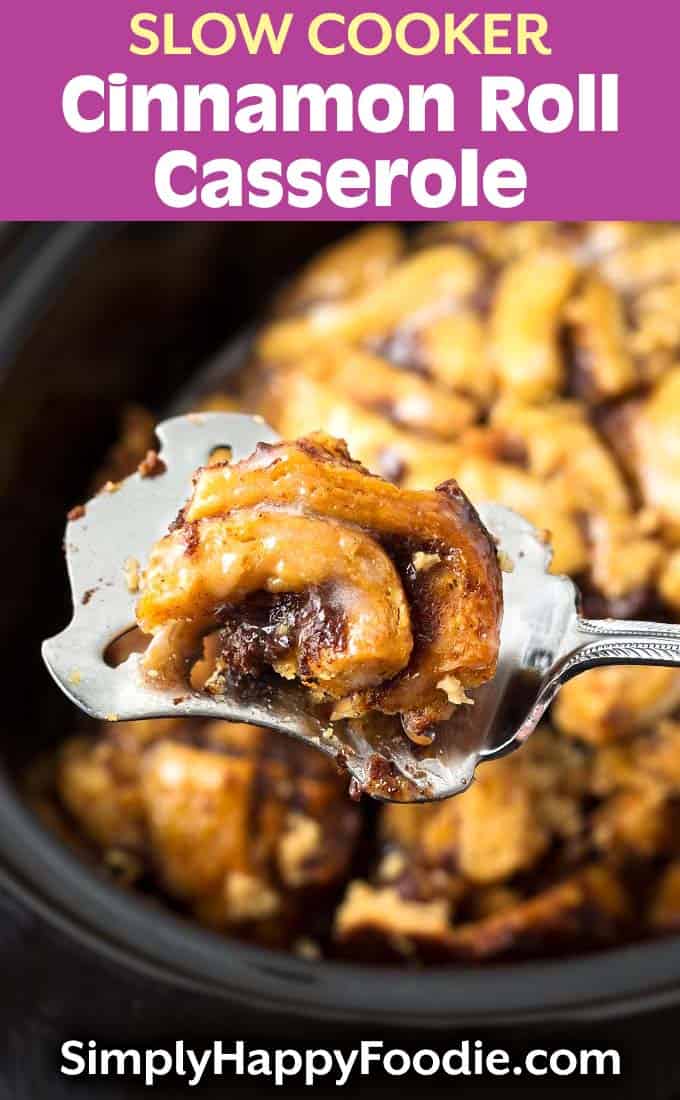 Resources to Make This Recipe