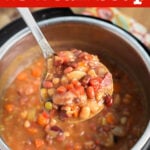 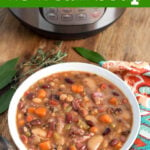 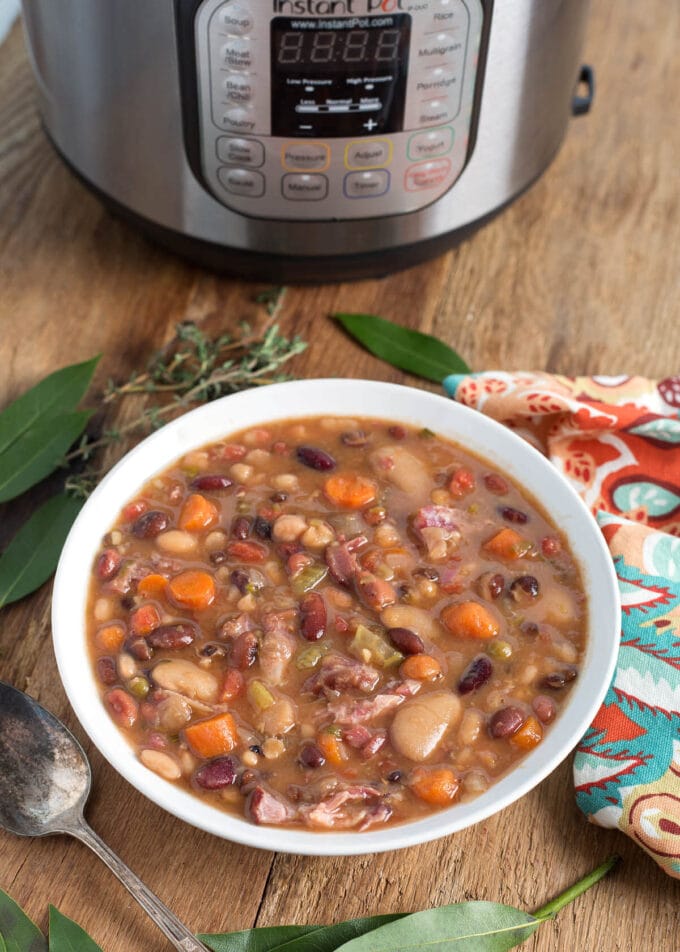 Instant Pot Beans Are the Best!

Who doesn’t love a big pot of beans? Especially when flavored with some smoky ham hocks or a meaty ham bone. We sure do!

Making 15 Bean Soup in the Instant Pot® is the best method I have found for cooking a yummy pot of beans.

The steps to make Instant Pot 15 Bean Soup with Ham are easy. Here they are: 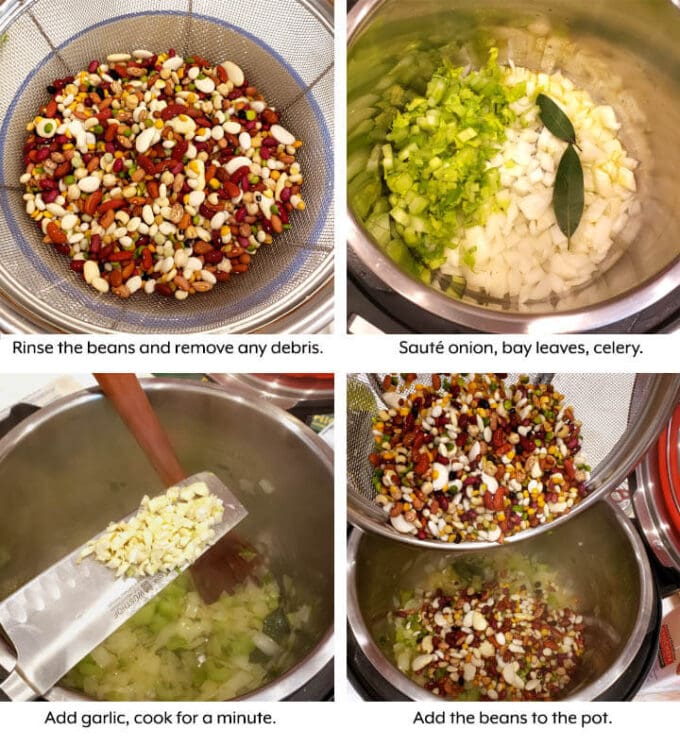 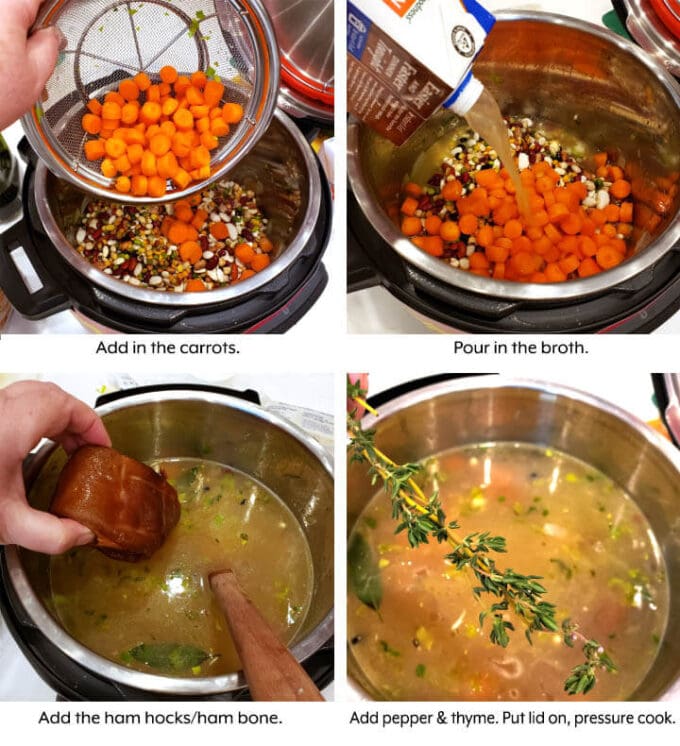 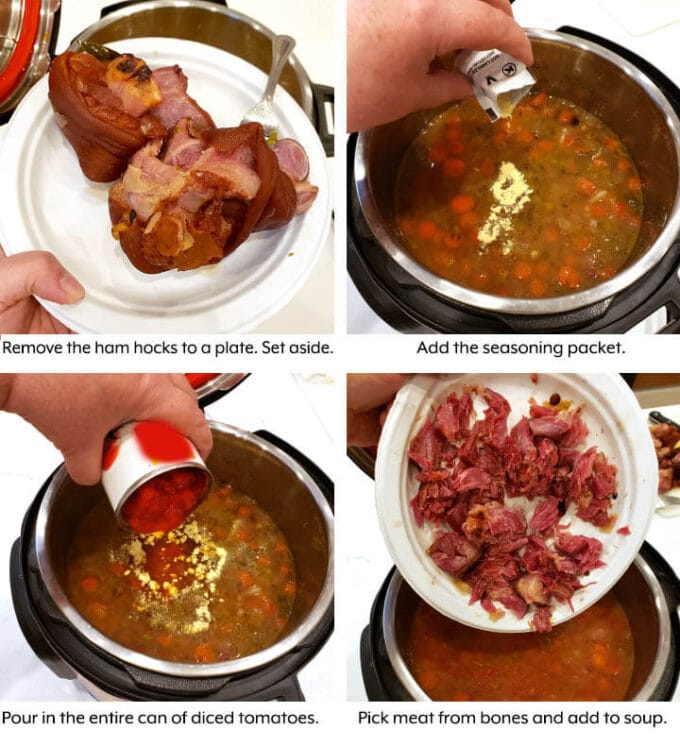 Can 15 Bean Soup be Frozen?

Yes it can. What I like to do it freeze the soup in portions, usually about 2 cups, in resealable freezer baggies. Then lay them flat to freeze.

The thinner frozen baggie of soup is much quicker to thaw out. Then I either microwave the thawed soup in a bowl, or put it in a saucepan on the stove to heat up. 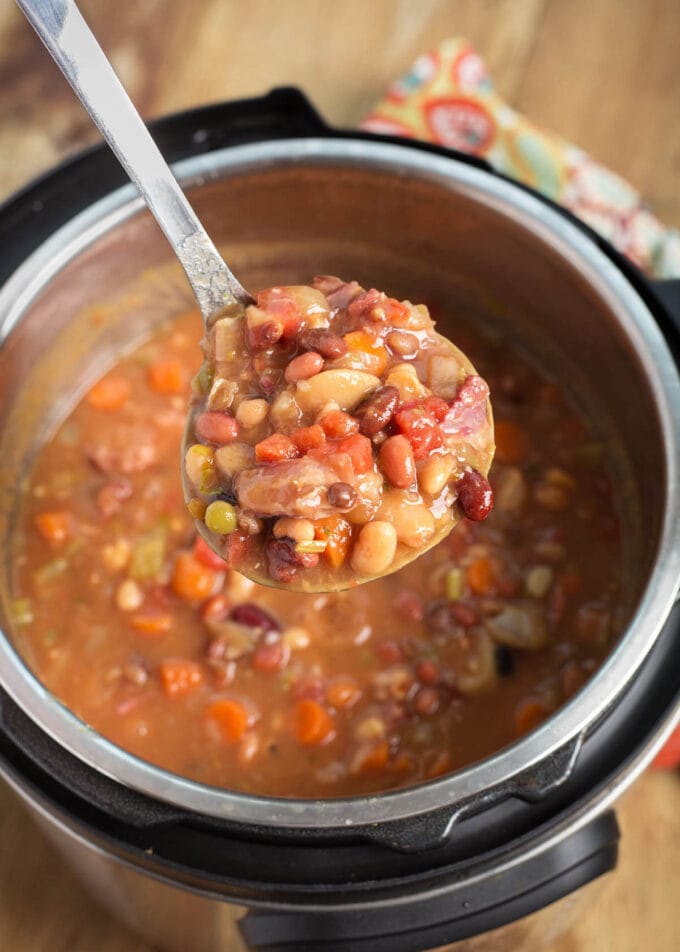 A Few Variations to This Instant Pot 15 Bean Soup

15 Bean soup is easy to change up to use what you have on hand. Some nice variations are:
• Add some fresh kale or spinach after cooking to get some healthy greens into the soup.
• Don’t have ham hocks or a ham bone? Try smoked sausage or bacon. Both will add that tasty, smoky flavor to the soup.
• Vegetarian? Omit the meat, use vegetable broth, and use some liquid smoke for delicious flavor. 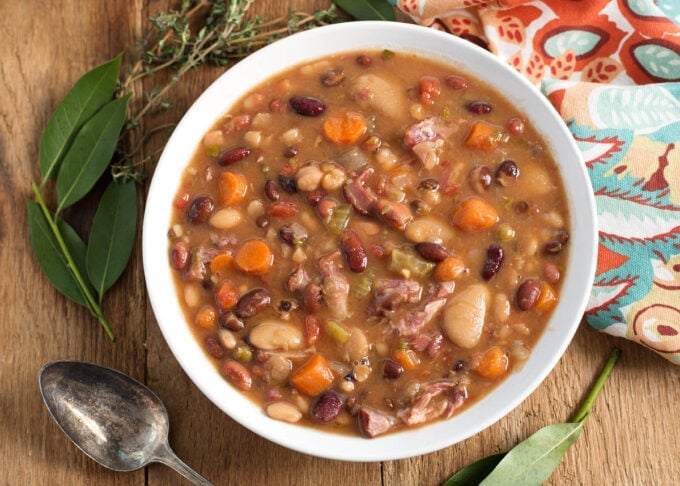 If you make this delicious pressure cooker 15 bean soup, please leave a comment with a star rating below in the comments section.

I would like to know how you liked it! 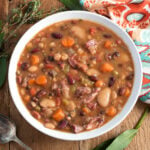