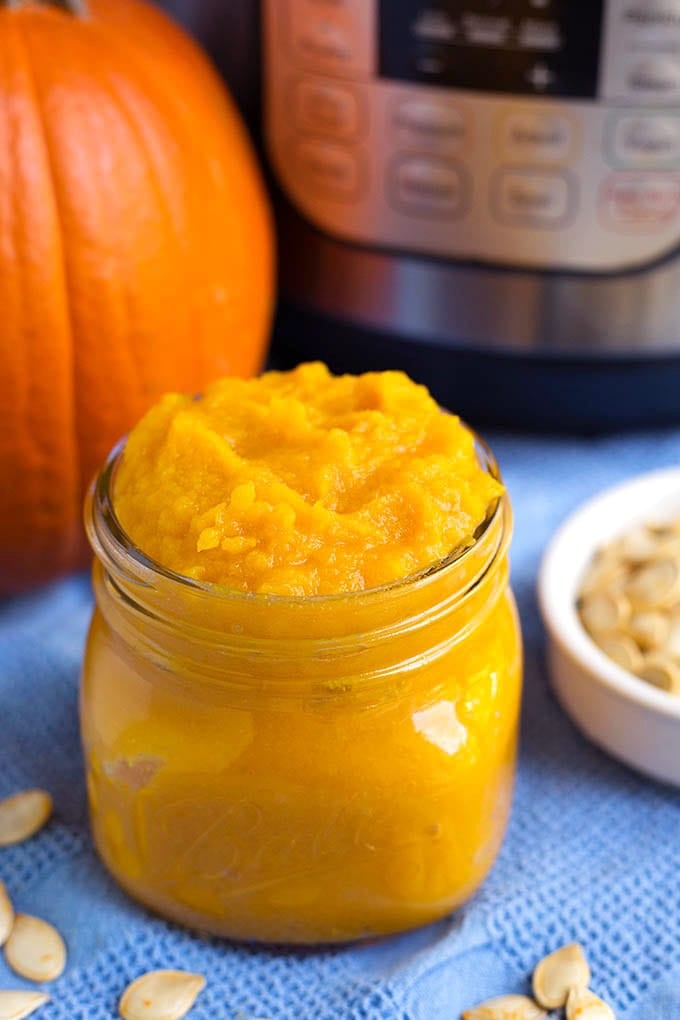 I’m glad that more stores are carrying Sugar Pie Pumpkins (and Cinderella, Fairytale, etc.) these days. They are the kinds of pumpkins you want to cook with and make your homemade pumpkin puree from (The carving pumpkins are not so good to eat).

There are other varieties out there, but if they are not named specifically by the grocer, look for “Pie Pumpkins” “Baking Pumpkins” or “Sugar Pumpkins.” The taste is much fresher and sweeter than canned pumpkin puree. Cooking them is very simple! 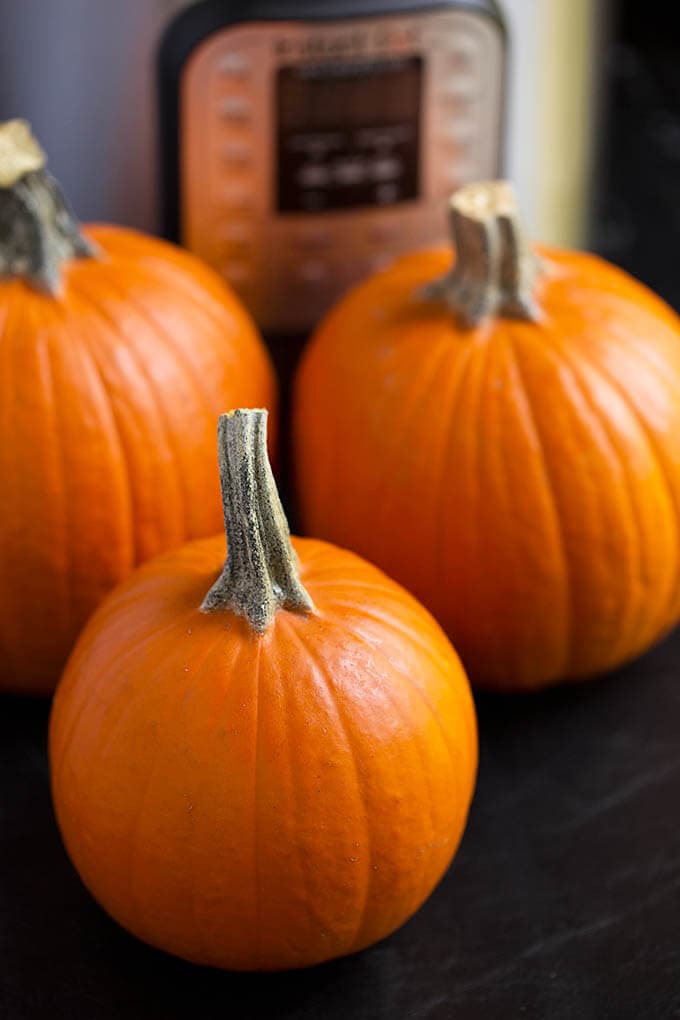 These are Sugar Pie Pumpkins. They are little guys, I usually find them between 1 and 3 pounds. I look for 2 pound Sugar Pies, because they are that ‘Goldilocks’ size for me. Just right. You can see how small and cute they are compared to my 6 quart Instant Pot. The one in front is 1 pound, the others are 2 pounds ea. 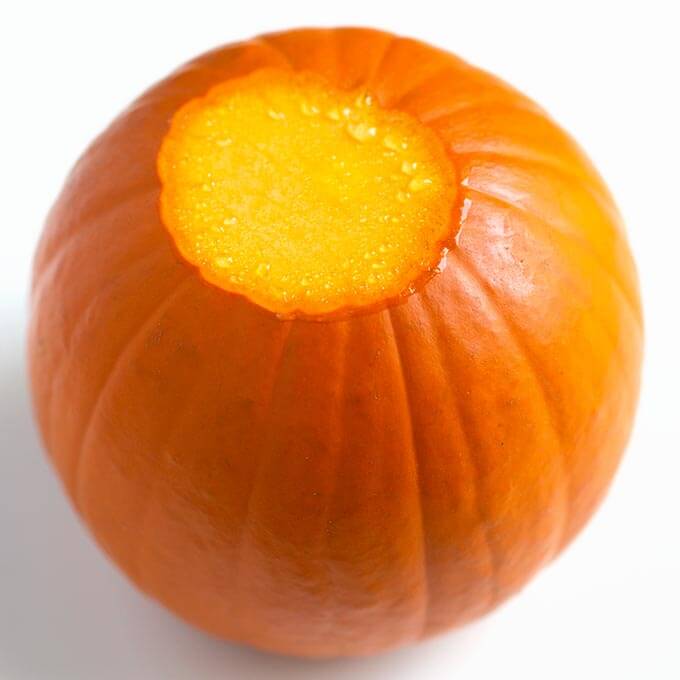 The first thing I usually do is cut the stem off. If you have a 1 pound pumpkin with a small stem, you might be able to leave it on (you might want to poke a few holes in it like you would a baked potato). Either that or I just don’t use the trivet (livin’ on the edge!). I cook my pumpkins whole.

If you choose to cut yours in half (*clean out seeds and the stringy stuff) that’s fine. If using Cinderellas, you may have to cut them in half as they tend to be wider, not as rounded as a Sugar Pie.

Same as for the Instant Pot, I cut off the stem. Maybe even a little more if I can’t get the lid on. With the bigger (over 2 pounds) pumpkins, I do cut them in half (*clean out seeds and stringy stuff). If using Cinderellas, you may have to cut them in half as they tend to be wider, not as rounded as a Sugar Pie.

If you are baking these in the oven you will be cutting them, or they will take longer to cook. Cut them in half (*and clean out the seeds and the stringy stuff). Then place face down on a baking sheet. 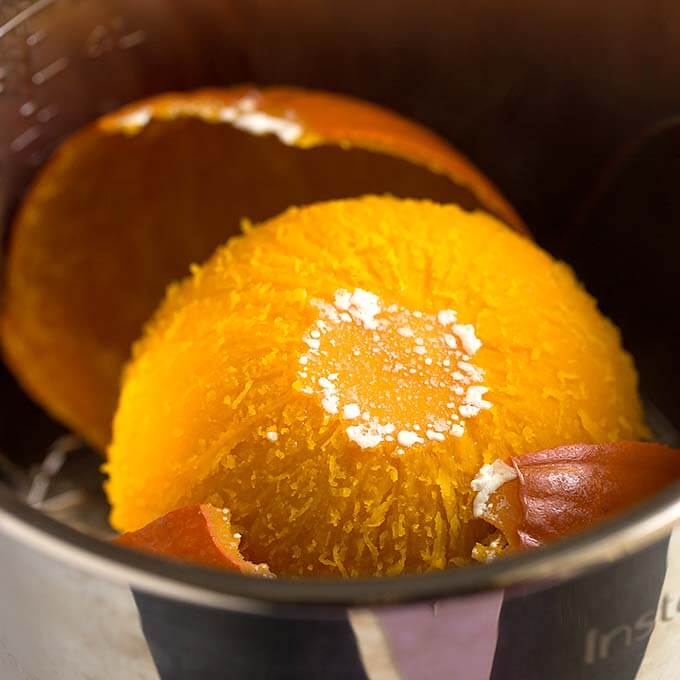 After cooking in the Instant Pot, the skin sometimes pops off of the flesh. Even if it doesn’t do this, they are easy to peel. I use a fork and just kind of scrape it off. 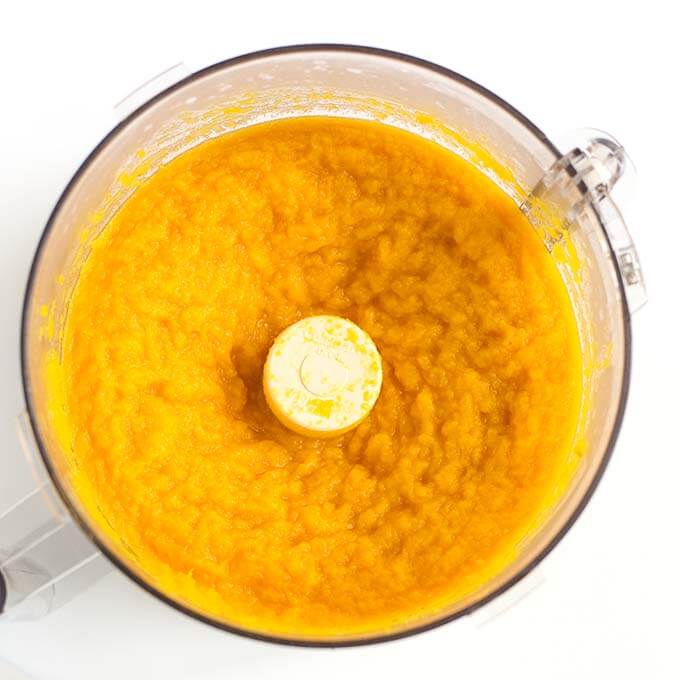 After cooking, I remove from the pot or pan to cool down a bit. For the whole pumpkins, I cut them in half (*and scrape out the seeds and stringy stuff). Then put the flesh straight into my food processor. I process it all smooth and store it in jars in my fridge until I am ready to use it!

Some folks like to strain the excess water out of their pumpkin puree, but I don’t. If you get a more watery result, strain in a fine mesh colander or cheesecloth. Pumpkin puree also freezes well. I just fill a freezer zip bag and flatten it out and put it in the freezer. I will have some for the Holidays! 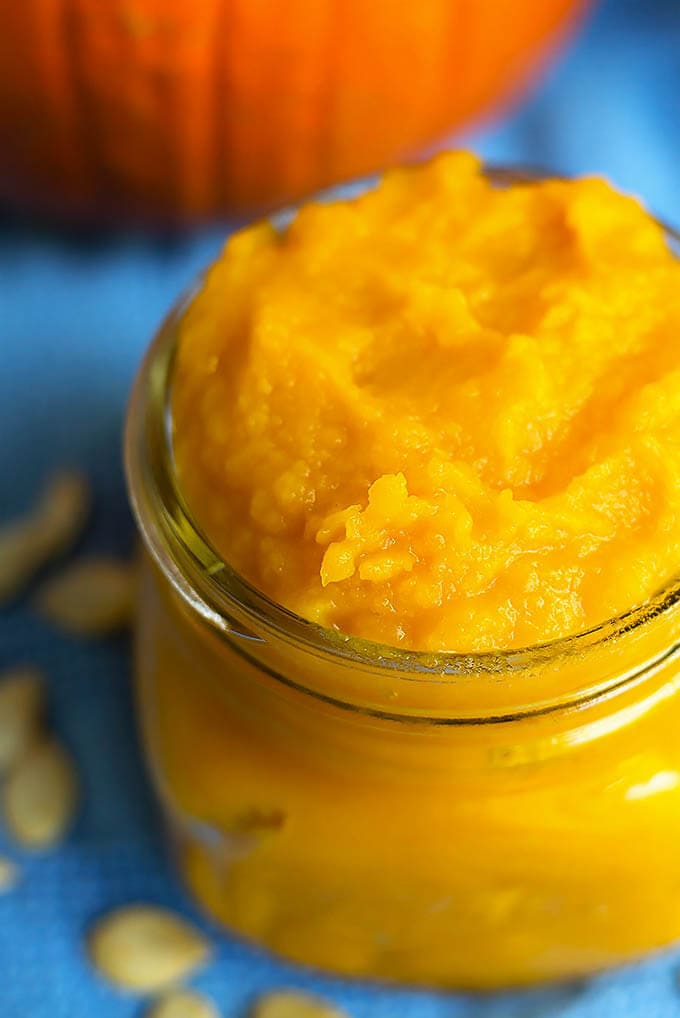 From a 2 pound pumpkin I can get about 2 1/2 cups of pumpkin puree. Use your Homemade Pumpkin Puree for baking pies, muffins, pancakes, cookies, smoothies, soup, or whatever you want! I like to eat it warmed up with butter and real maple syrup. Yum! 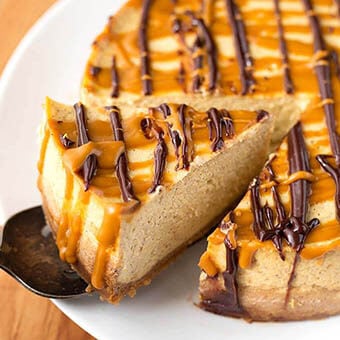 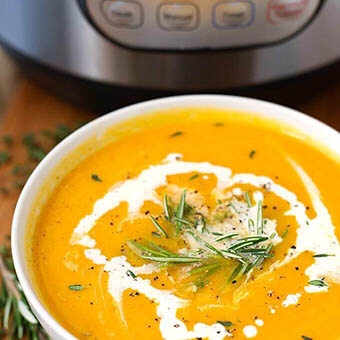 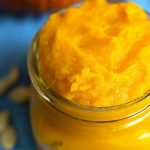 Fall is the time of year to get your hands on the Sugar Pie  or "Baking" Pumpkins and make your own Homemade Pumpkin Puree. It freezes well, and tastes much fresher than the canned stuff.

*Some folks like to strain the excess water out of their pumpkin puree, but I don't. You might get a more watery result, so strain in a fine mesh colander or cheesecloth if you think it's too watery. 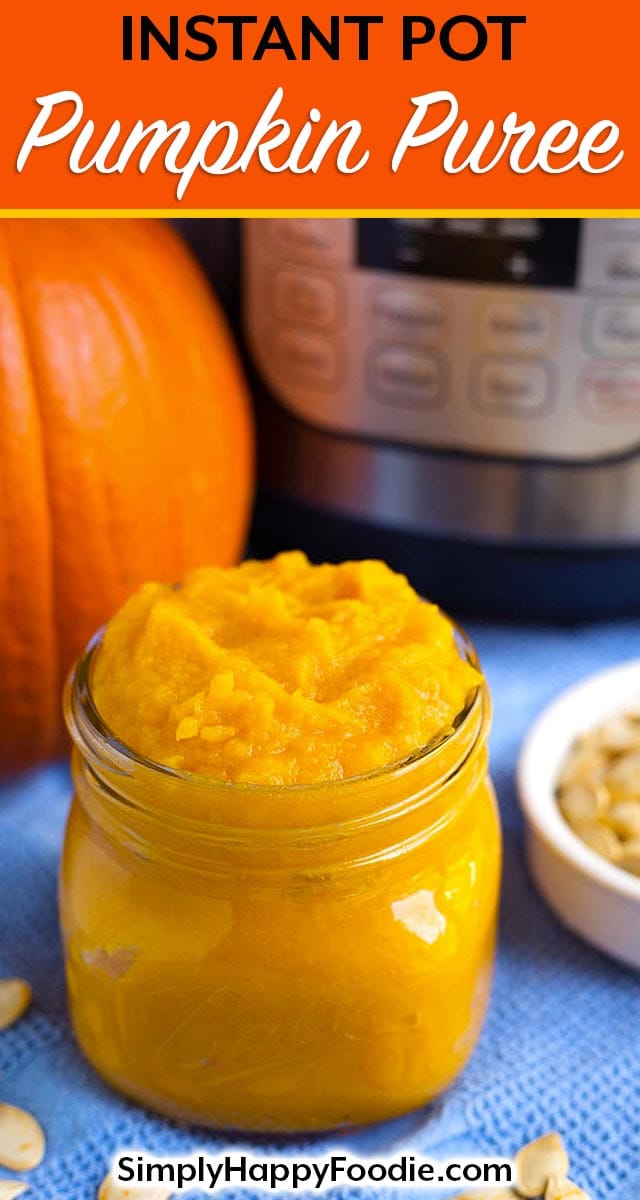