Instant Pot Apple Crisp is a delicious, easy to make Instant Pot dessert recipe. Tender apples with lots of sweet topping all cooked together in one pot. Pressure cooker apple crisp is an Instant Pot dump and start recipe that the whole family loves! 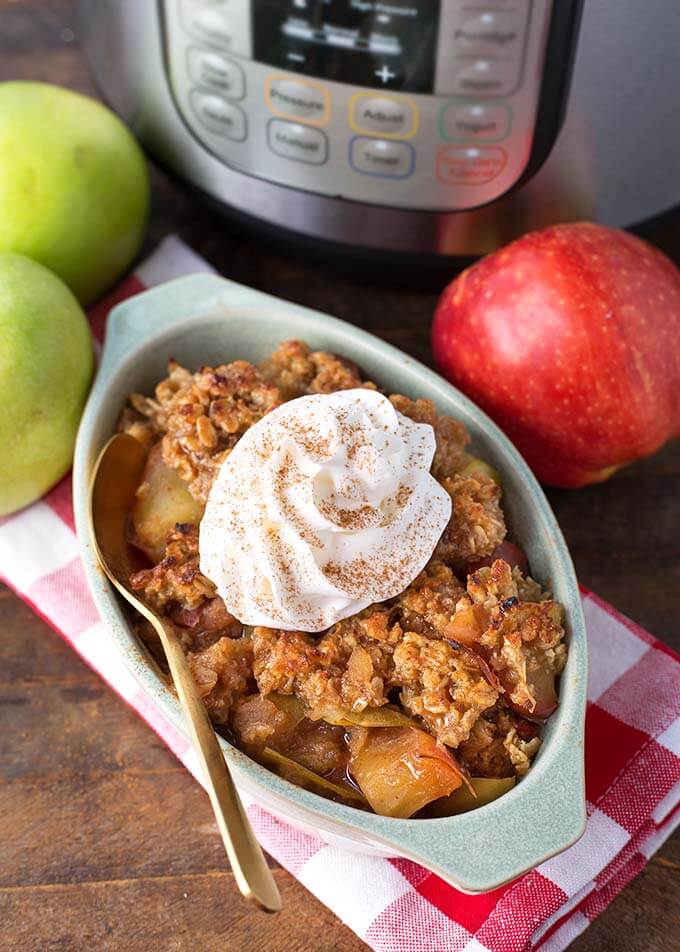 Apples are one of the best fruits to cook with. They can go into sweet or savory recipes. I am from Washington, where apples are a big deal. We grow so many varieties, I don’t think I even know them all! We’re lucky to have them year-round.

I have several recipes for Apple Crisp in my recipe box. I decided to borrow a little from a few of them and make my own version of Apple Crisp for the Instant Pot®. It may sound strange, but it is really very good!

How can apple crisp made in the pressure cooker get crisp?

Well, it doesn’t get crisp like in the oven, it is a little firm. But if you place it under the broiler or air fryer lid for just a few minutes, it will crisp up on the outside, leaving delicious, sweet apple filling underneath!

Which Apples are Best for Instant Pot Apple Crisp?

So the important question… Ice Cream or Whipped Cream?

Vanilla ice cream for me! Though whipped cream is an acceptable alternative topping if you are out of ice cream. 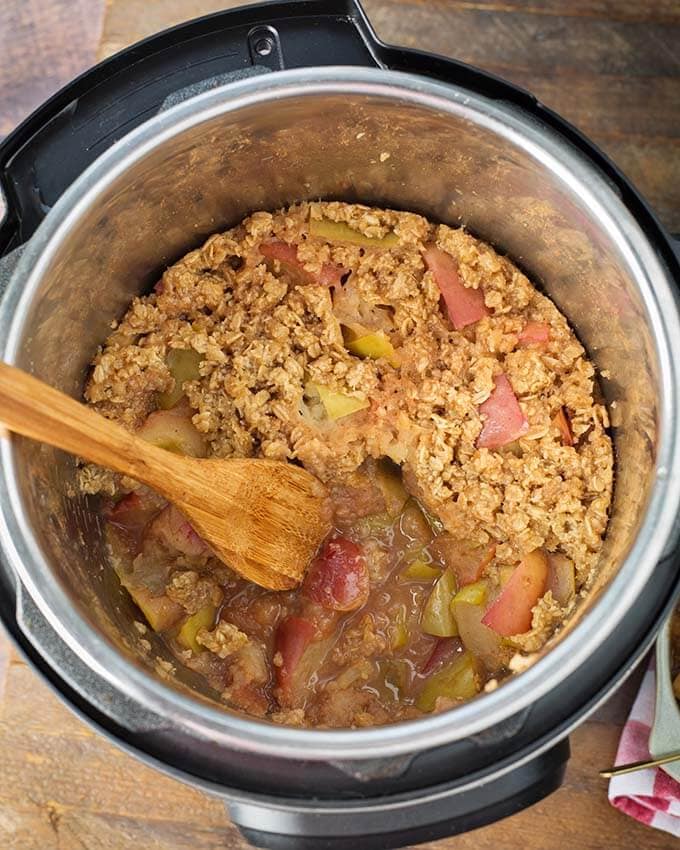 A few other notes about making Instant Pot Apple Crisp

Instant Pot Apple Crisp is a delicious, easy to make Instant Pot dessert recipe. Tender apples with lots of sweet topping all cooked together in one pot. 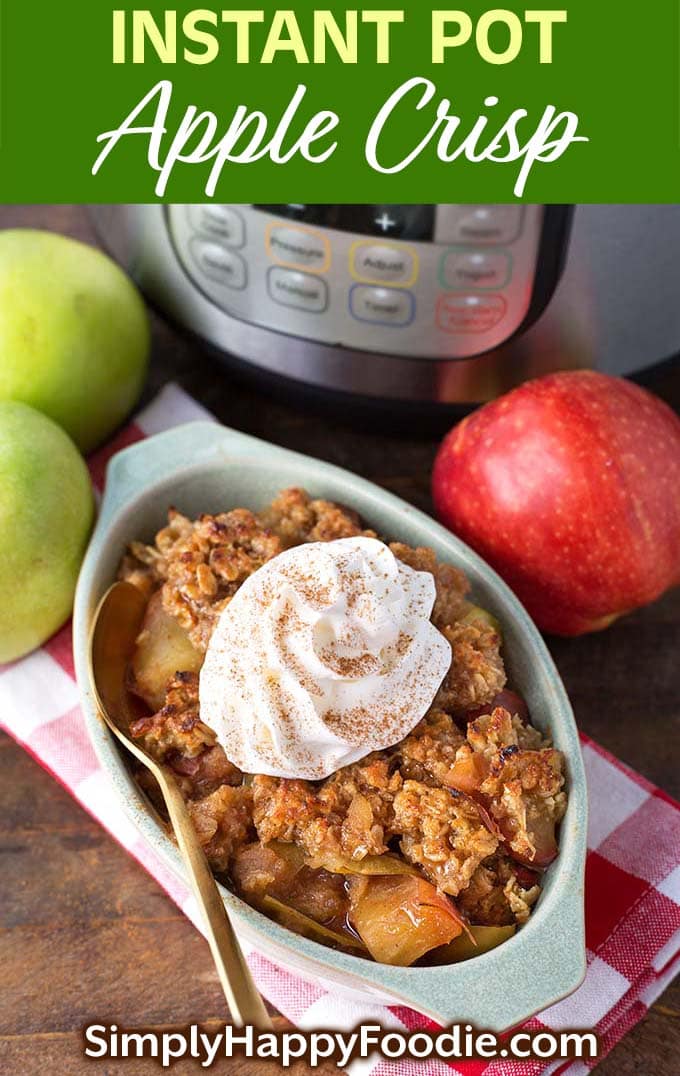 Resources to Make This Recipe and More