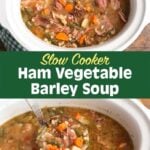 Slow Cooker Ham Vegetable Barley Soup is a rustic and delicious soup made with a leftover meaty ham bone. This crock pot ham vegetable barley soup is loaded with healthy veggies, and lots of flavor. A dump and go slow cooker soup. 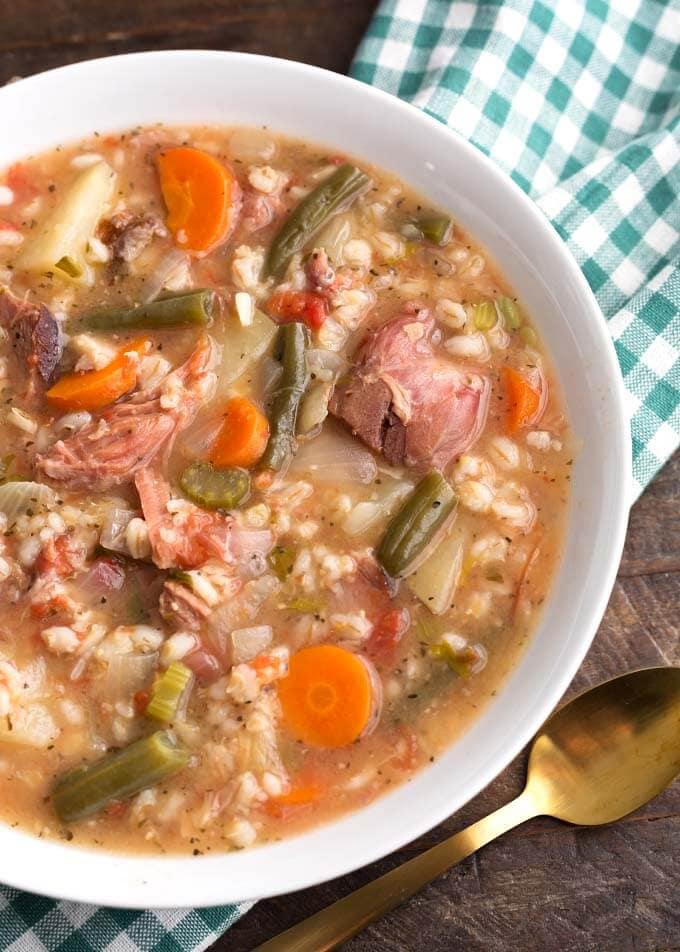 There can never be enough soups, in my opinion! You can make a soup out of just about any ingredient, even stones! 😉 This slow cooker soup recipe uses a leftover meaty ham bone and a lot of veggies!

After a Holiday dinner where I have made a ham, I will always freeze the leftover bone with some of the less desirable meat chunks.

Those pieces usually have some skin on them, and weren’t quite good enough for making sandwiches with. But they are perfect for soup! 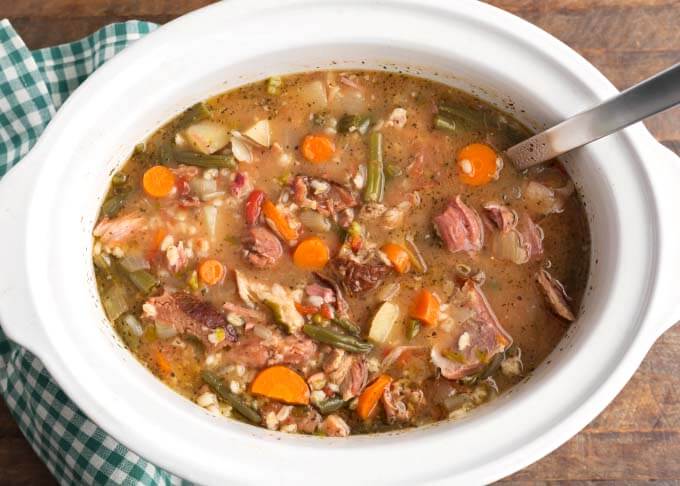 This Slow Cooker Ham Vegetable Barley Soup is a “Dump and Go” crock pot recipe. You won’t have to babysit it, which means you can get on with your day while it cooks and makes your home smell amazing!

This is a simple, rustic soup, and goes really well with a hunk of crusty bread all slathered with butter (I’m hungry right now so my descriptions are reflecting that).

You can change up the vegetables for what you have, just keep in mind that the very delicate veggies could overcook, so just keep an eye on it.

Also, mushrooms would be delicious in this crock pot ham vegetable barley soup! 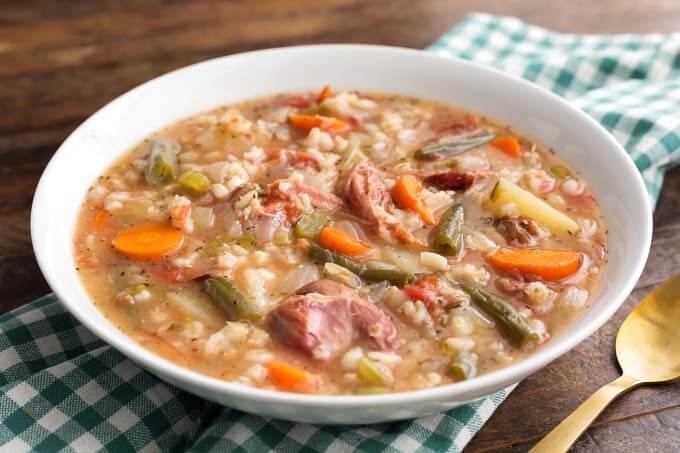 Can I make this if I don’t have a leftover ham bone?

Yes! you could use ham hocks, smoked turkey legs, or even get a small portion of a smoked ham from the butcher and cut it into larger than bite-sized chunks.

It’s that smoky, hammy flavor that you want. Also, do yourself a favor and buy some Better Than Bouillon® Ham Base.

This will work with your chicken broth and give that ham flavor when you don’t have a bone. It’s really good! 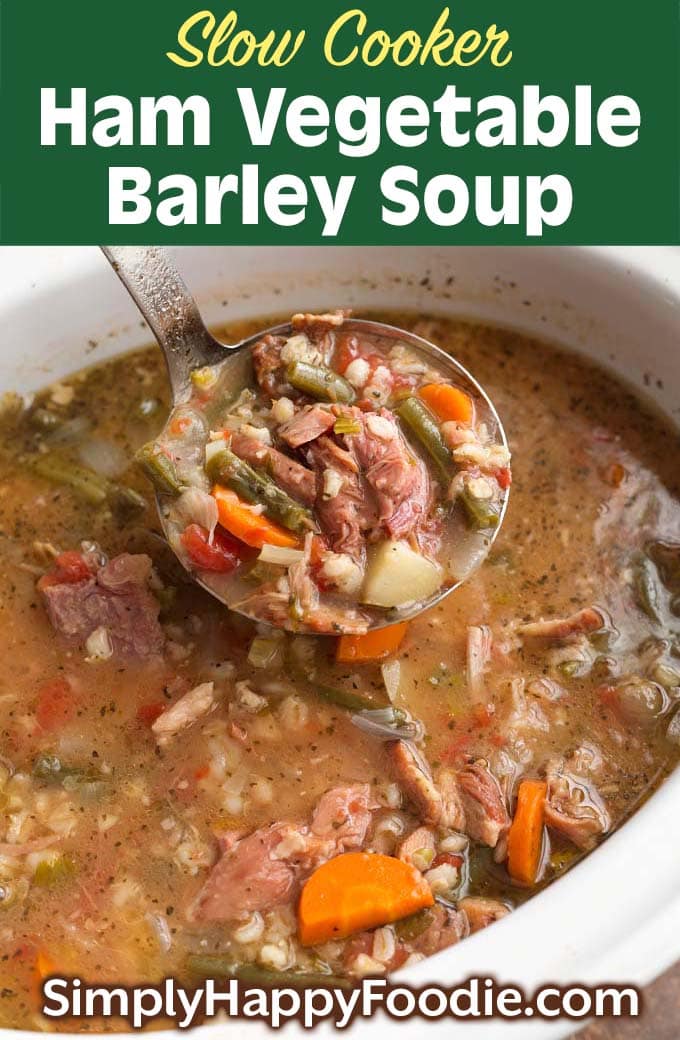 If you make this yummy, healthy crock pot ham vegetable barley soup recipe, please let me know. Leave a comment below with a star rating. I’d love to know how you liked it! 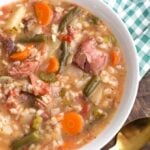 This soup works best in a 7 or 8 qt slow cooker. If you have a smaller one, you may need to cut down on the amount of veggies used. Remember that when you remove the ham bone, the volume will decrease.

RESOURCES TO MAKE this recipe and more