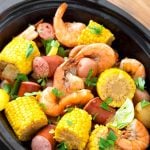 Slow Cooker Shrimp Boil is a fun Summer dinner (or any time) that you get to eat with your hands! Juicy corn, perfectly cooked shrimp, sausage, and potatoes are all cooked in a flavorful broth with Cajun/Creole spices. Crock pot shrimp boil is a fun recipe to serve at a dinner party or backyard barbecue! 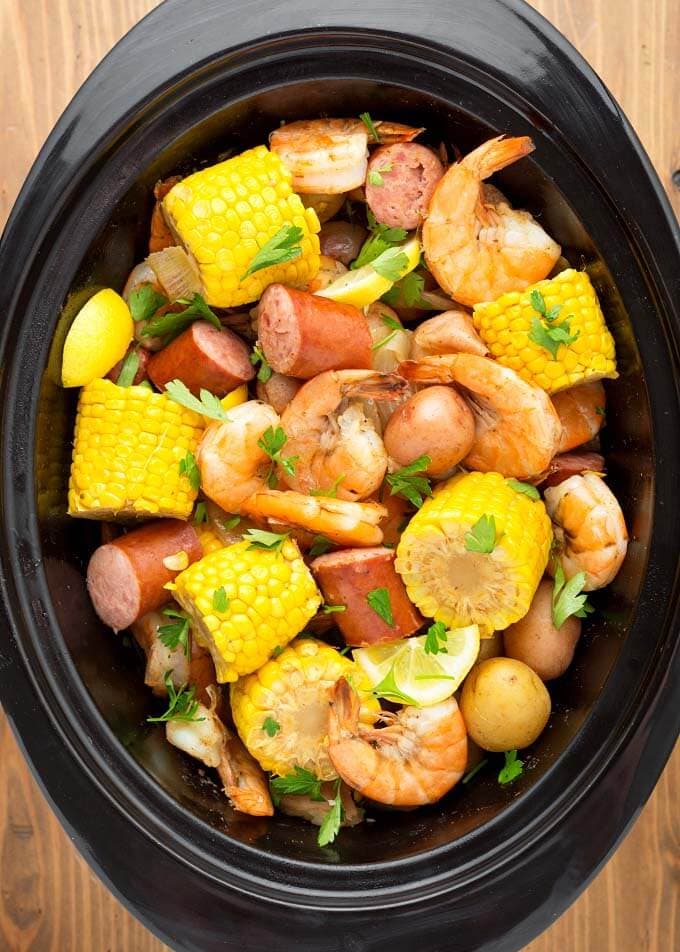 If you are from the Southern USA, you most likely already eat your own version of a shrimp boil. If you have never had one, or have never made one in the slow cooker, you’ll love it!

What is a shrimp boil?

A shrimp boil is actually an event. It’s like a clam bake, in that you get people together to have a “shrimp boil”.

It has become a widely used name for what is also called “Frogmore Stew” in many parts of the Southern USA.

It always includes some form of fish or seafood, and most often has corn, potatoes, and sausage as well. There are many variations. 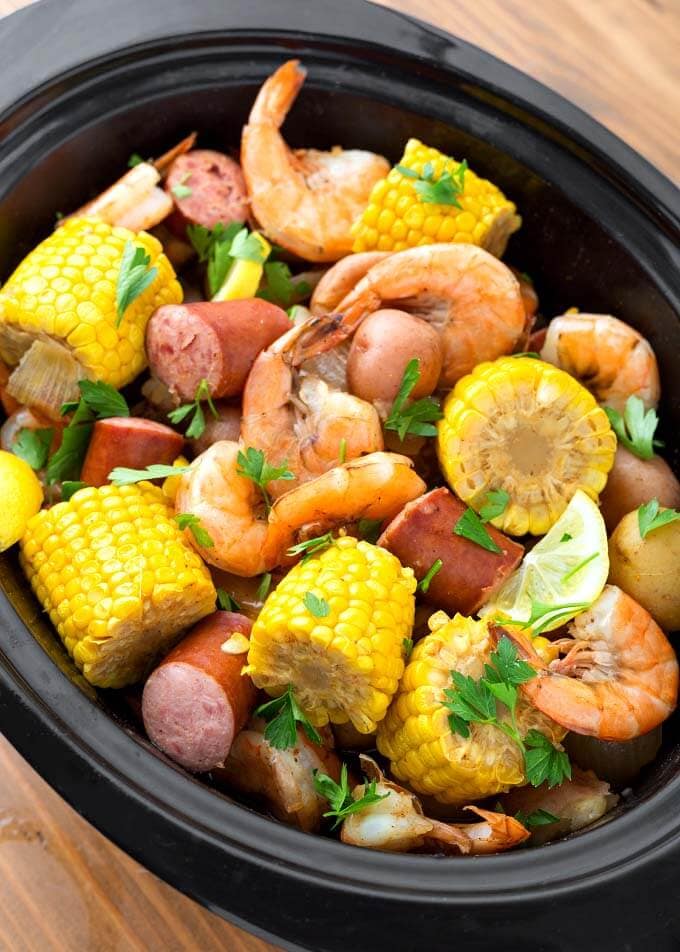 Do i have to use beer?

No you don’t. Just swap out the beer for another cup or two of chicken stock. You can also use wine if you like.

Can’t I cook Slow Cooker Shrimp Boil on High instead of low?

You can, but you will have to pay closer attention to when each stage is done. You just don’t want to overcook the corn, sausage, or shrimp. The potatoes should be okay. 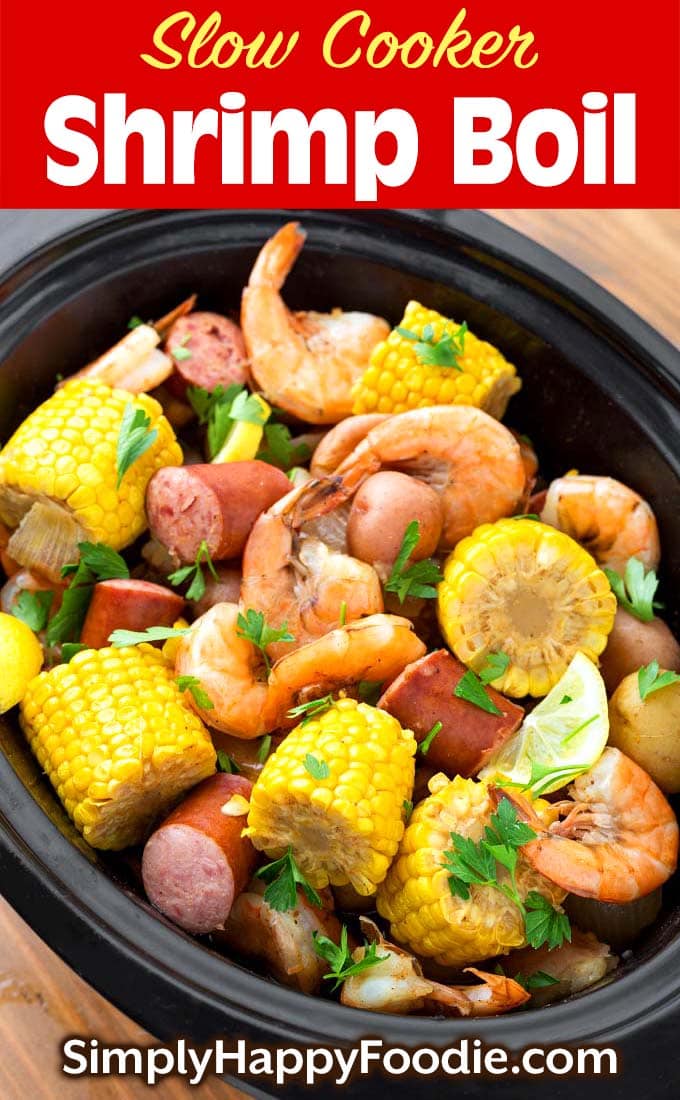 If you make this yummy Slow Cooker Shrimp Boil, please leave me a comment below. Let me know how you liked it! 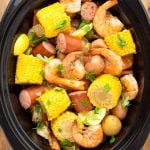 Slow Cooker Shrimp Boil is a fun dinner that you get to eat with your hands! Juicy corn, perfectly cooked shrimp, sausage, and potatoes are all cooked in a flavorful broth with Cajun/Creole spices.