Slow Cooker Loaded Potato Soup is a deliciously decadent soup. This is a thick, rich satisfying slow cooker potato soup recipe. When you make a batch of this crock pot loaded potato soup, it will disappear fast! 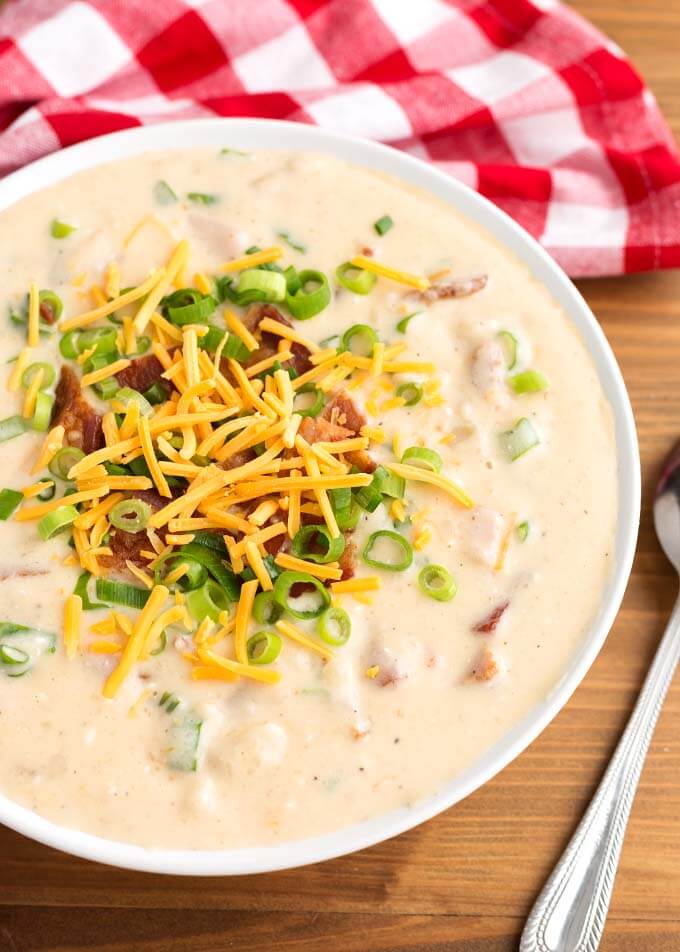 This is a version of loaded baked potato soup. When I make this potato soup recipe, I never have leftovers. Maybe just enough for Paul to take some to work, but that’s it!

This is a favorite recipe of my family. I’ve been making it for years, but recently modified it a bit, so it gets a brand new recipe post! 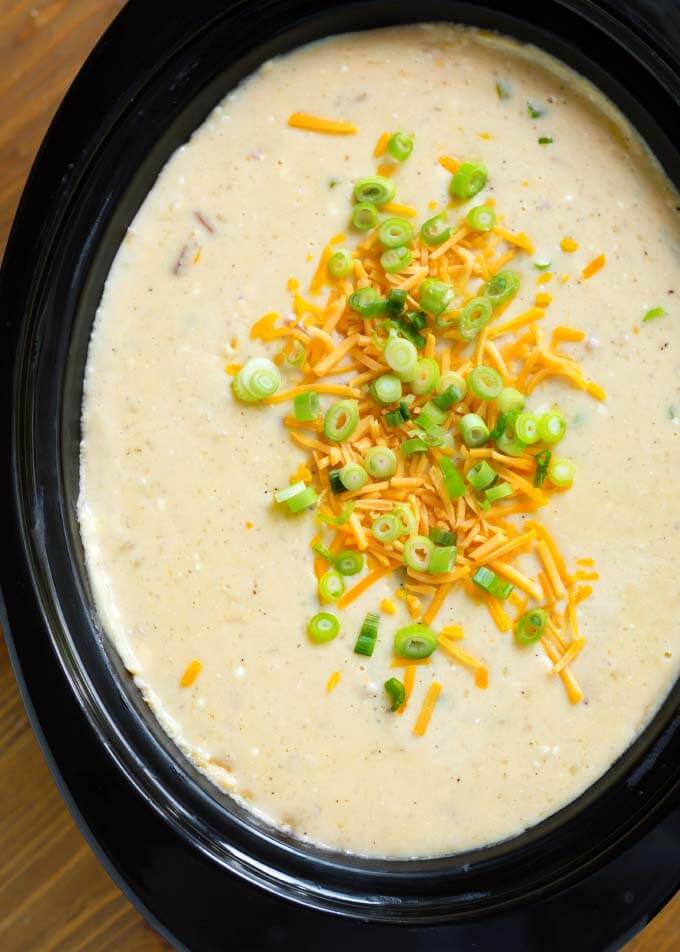 Which potatoes are best for this potato soup recipe?

Russet potatoes are my favorite for this soup because they are starchier. But you can use what you have.

Can I use regular bacon instead of thick cut?

Sure! It will not hold up as well, but will still be tasty in the soup. Use the same weight (1/2 lb), and cut the pieces a little larger than bite sized.

Do I need the flour to thicken it?

A flour/milk slurry is my favorite way to thicken this soup, but you can use corn starch, or potato starch. Even if you don’t thicken it, this soup may be thick enough for you. 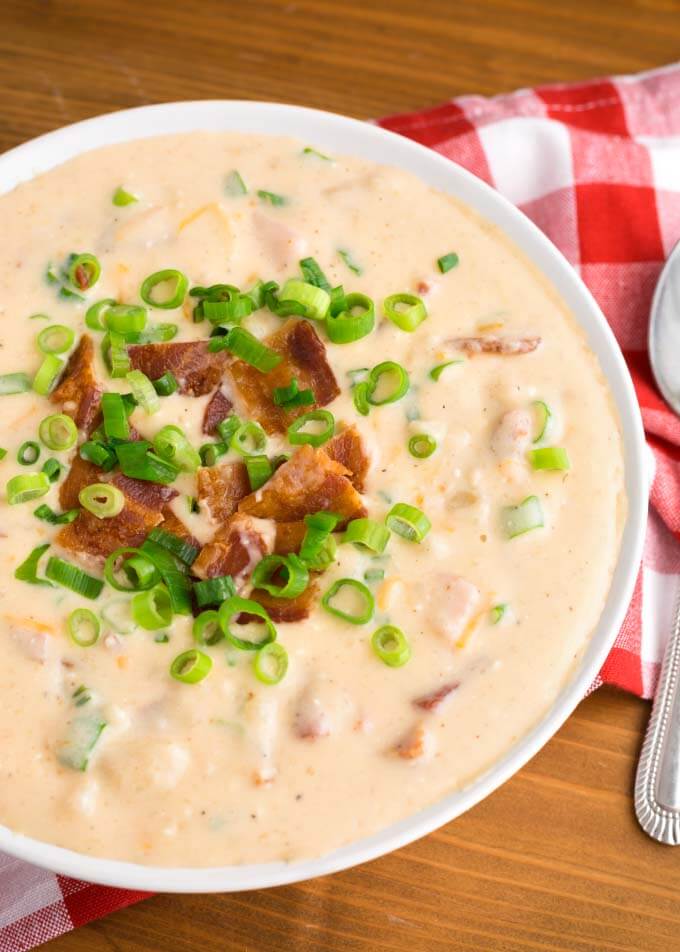 Yes it does. Heat it up gradually for best results. You may want to stir in a little bit of milk to loosen it up.

Does this potato soup freeze well?

I’m going to say no. I haven’t tried to freeze this recipe, but have tried freezing potato soups in the past. To me, they become kind of grainy. They also separate a little. 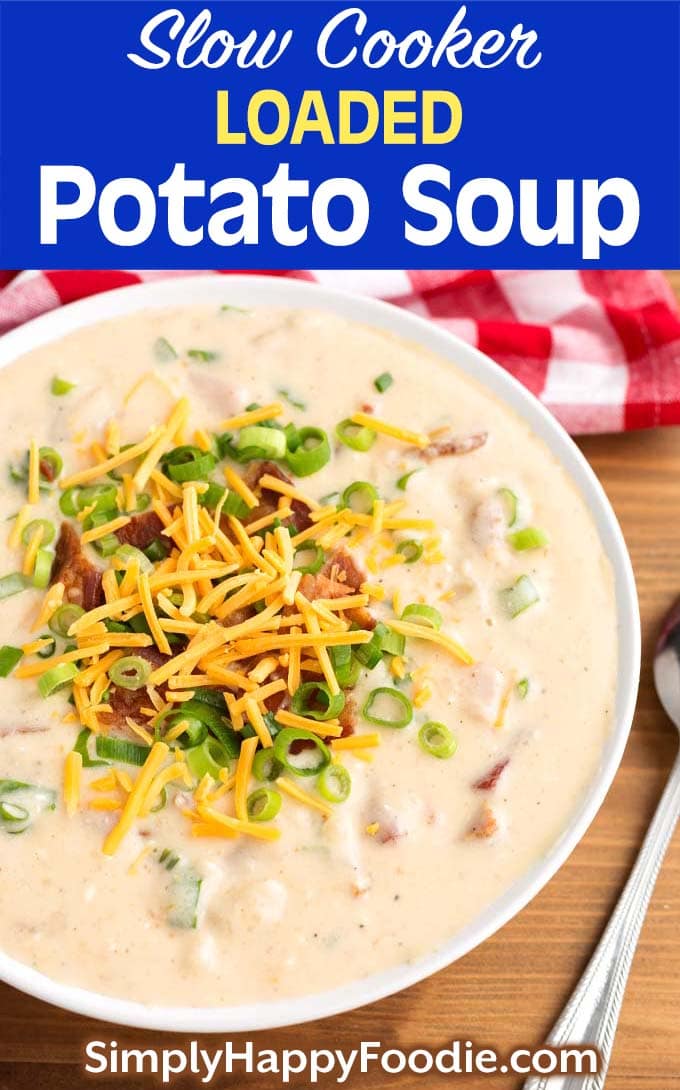 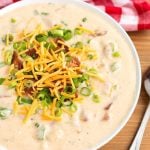 Slow Cooker Loaded Potato Soup is a deliciously decadent soup. This is a thick, rich satisfying soup. When you make a batch of this crock pot loaded potato soup, it will disappear fast!